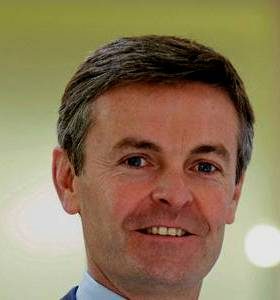 Mcdade said shareholders have much to look forward to in the near future as Tullow reported a modest profit for the first six months of 2018.

Releasing half year results in mid-week, the company said this approval is expected in the second half of the year. Paul Mcdade, the incoming Tullow executive director  said, “Today’s results are further evidence of the progress that Tullow has made in the first half of 2018. With this firm financial foundation, we can concentrate on growth across our three core businesses.”

He said, “Over the next two years, we will increase production from our current assets in West Africa, progress two large onshore developments in East Africa and step up our search for material new oil fields in Africa and South America through a multi-year exploration campaign which will initially focus on Namibia and Guyana. There is much to look forward to for Tullow’s shareholders, host countries and staff.”

Recently, Mcdade and his predecessor, Aidan Heavey, were in Kampala to have talks with President Yoweri Museveni. No details were made public, but sources say the Tullow top management wants the government to quicken its decision one way or another.

On Wednesday, Mark Macfarlane, Tullow executive vice president for East Africa said, “Our teams in East Africa have put in a substantial amount of effort as we drive two project s towards their respective Final Investment Decisions (FIDs). In Uganda, we expect to reach project sanction and complete our farm-down by the end of the year.” He said they see First Oil in Kenya during 2022 although of late, there have been concerns over insecurity in the areas of operation.

Tullow saw its gross profit during the first six months of 2018 rise to $521 million on revenues of $905 million. this is compared to $303 million earned after generating $705 million in sales during the same period in 2017. Post-tax profit stood at $55 million.

Tullow says at completion of the farm-down, it anticipates receiving a cash payment of $100 million and a payment of the working capital completion adjustment and deferred consideration for the pre-completion period ($59 million for 2017 and an estimated $70 million for 2018). Tullow expects another $50 million when the buyers announce FID.

However, the company makes no mention of a contentious demand by Uganda Revenue Authority (URA) for it to pay capital gains tax (CGT) in a lump sum on the transactions rather than installments which is what Tullow prefers.

The financial report states that the Joint Venture Partners continue to work towards reaching FID for the development project around the end of 2018 with operational activity continuing as planned.

The upstream Front End Engineering Design (FEED) is now complete and initial technical and commercial reviews of this work have begun, which will ultimately result in the award of the Engineering, Procurement and Construction (EPC) contracts.

According to the report, important geophysical and geo-technical surveys across the upstream area, including at the proposed location for the Central Processing Facility, were completed in June. The upstream Environmental and Social Impact Assessment (ESIA) has been completed and has been submitted to the National Environmental Management Authority for review with approval expected in the third quarter. 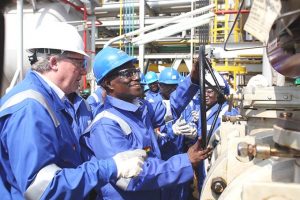 Tullow still retains a 11.76 pc in Uganda’s upstream operations and the proposed pipeline to the Tanzanian coast.

Tullow says discussions on the key pipeline project agreements continue between the Joint Venture Partners and the Ugandan and Tanzanian governments. The pipeline FEED and EPC tender process for the pipeline have been completed with the award to be made in the second half.

Project financing for the pipeline is also progressing with the development of the financial model ongoing.  Tullow still retains a 11.76 pc interest in Uganda’s upstream operations and the proposed pipeline, which would reduce to 10% when the government formally exercises its right to back-in.

In the second half of 2018, Tullow anticipates completing key commercial, technical and land agreements with the Governments of Uganda and Tanzania as well as the submission of an ESIA for the pipeline to both governments.

The Lake Albert Development Project is the planned venture that will see production of around 230,000 barrels a day when it reaches peak output. The government officially sanctioned the project in August 2016 which Tullow expects will require $5.2 billion gross of upstream capital expenditure to develop the first 1.2 billion barrels of oil.

Some $3 billion is expected to be required to reach First Oil around three years after FID. The Government of Uganda has agreed an export route through Tanzania and the current estimate for the pipeline capital cost is around $3.5 billion. The pipeline is expected to be funded through a combination of debt and equity. Tullow carries approximately $1.7 billion for Uganda which includes fair value allocations and capitalised interest.