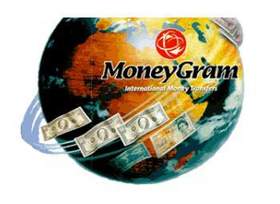 July 3—Workers remittances from abroad remain a vital source of foreign exchange for many developing countries, […]

July 3—Workers remittances from abroad remain a vital source of foreign exchange for many developing countries, but the frequently high cost in transferring this money home is a source of continued concern.

If China is excluded from the analysis, remittances have already overtaken FDI as the biggest source of external financing for these countries.

But according to a new report published by the World Bank Group and KNOMAD, the benefits of remittances are being reduced by the generally high cost of sending the money, which averages 7 percent on a money transfer of $200.

“Remittances are on track to become the most important game in town when it comes to financing development,” said Dilip Ratha, lead economist in Macro Economics and Fiscal Management at the Bank and the head of KNOMAD. KNOMAD is an acronym for the Global Knowledge Partnership on Migration and Development.

In Migration and Remittances Brief 31, it is also shown that commercial banks were the costliest channel for transferring remittances, at 10.9%. In Sub-Saharan Africa the cost of sending money is higher than the average at 9.3%.

The SDGs call for reducing the cost of sending remittances to 3% of the value of the money transfer.