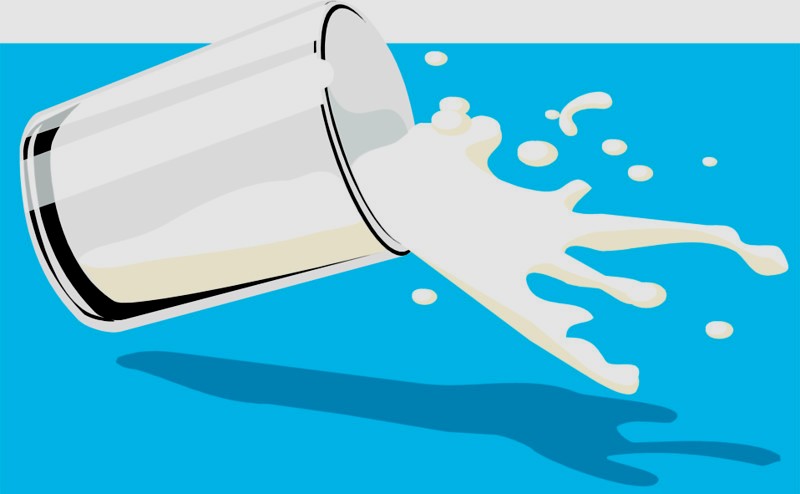 The other day, out of sheer frustration, several dairy farmers in western Uganda poured their milk […]

The other day, out of sheer frustration, several dairy farmers in western Uganda poured their milk into the ground due to lack of a ready market.

The action may seem wasteful or even silly, but it carried much significance. A critical part of the dairy chain has been broken and regaining these farmers’ trust will not be easy.

With good reason, the coronavirus pandemic has swept away all other pressing issues on the regional agenda of the East African Community (EAC).

That is a pity because several of these issues touch on the very foundations of the revived EAC such as to ‘cooperate in trade liberalisation’.

Twenty years on, the Community has failed to agree on what constitutes trade liberalization. In the meantime, consumers have frequently suffered in terms of reduced choice and higher prices.

Without a regional Competition Authority in place to ensure fair play, member states have fallen in love with the indiscriminate use of Non-tariff Barriers (NTBs).

Kenneth Bagamuhunda, the EAC Director General, Customs and Trade was forced to admit not so long ago, “The elimination of tariffs is not a problem. The biggest problem is removing Non-tariff Barriers which keep on changing and coming up in different forms.”

If the region is to recover quickly from the COVID-19 downturn, the free flow of goods and services must be seen as a priority.

Yet there is a marked reluctance by Heads of States to sit down and compromise on NTBs. Instead, we are entertained to recriminations, procrastinations and plenty of tunnel vision.

It is close to six years since a full roster of EAC presidents sat down together to hold a summit meeting. Postponements have been the order of the day. That speaks volumes about the uncertain steps towards a Common Market and takes us back to the Mbarara dairy farmers.

Milk processor, Pearl Dairy Farms Limited is in a dilemma, but management does not know the reason why. Lakeside Dairy, also situated in Mbarara district, is in a similar situation.

Towards the end of 2019, Uganda’s milk consignments were being seized and impounded in neighbouring Kenya without any official explanation.

All the necessary paperwork was in order, including clearances from such relevant agencies, as the Kenya Revenue Authority, Kenya Dairy Board and the Kenya Bureau of Standards.

Stranger still, apart from the walls of stony silence, enquiries to successive levels of authority in Kenya, elicited the response: ‘Orders from above’.

All this has left Ugandan milk processors at a loss and caused some to either reduce or suspend buying raw milk from farmers.

At one point there were claims in the Kenyan media that Uganda’s milk was repackaged from a European producer because the country did not have the domestic capacity.

Uganda has more arable land than Kenya. Not surprising many Ugandan dairy farmers are more likely to allow their cows to roam for pasture rather than practice expensive zero-grazing which is more common in Kenya. Lower costs of production in Uganda have led to claims that its milk is ‘cheap’.

Pearl Dairy stepped up exports to Kenya in the wake of the long dry spells that adversely affected Kenyan domestic milk production in 2017. To counter the shortages, the Kenya government approved the import of 25 million litres of milk.

On a daily basis Pearl Dairy can process 500,000 litres of milk at its Mbarara factory and is the country’s top producer.

As a matter of urgency, the Kenya government dispatched a technical team from Nairobi last November, to verify the installed capacity of all the major Ugandan processors. Their Ugandan counterparts never received a copy of their final report.

At the beginning of 2018, Andrew Tuimur, the Kenya Livestock Principal Secretary was quoted in the media as saying that of the average 5.2 billion litres of milk that Kenya produces annually local processors can only manage to process 30 pc.

He said, “We have incorporated milk powder as a strategic food reserve. Yet our processing capacity is still low. And we are forced to import.”

Of recent, Pearl’s Lato Milk branded products have gained a significant share in the Kenyan market traditionally dominated by Brookside Dairy Limited. Brookside, which has an installed total capacity of 1.5 million litres a day, is part of the Kenyatta family business holdings. The company also has a subsidiary in Uganda.

Earlier this year, the Uganda government interceded on Pearl’s behalf by sending a diplomatic Protest Note to Nairobi which to date has been ignored.

Sources in Uganda’s trade ministry say there was some early talk about retaliatory measures, but President Yoweri Museveni is an unabashed free marketer. He does not believe in tit-for-tat.

But what is puzzling, is why he has not prevailed on his counterpart and friend President Uhuru Kenyatta, to explain what is going on. An outright ban is better understood than this deafening silence from Nairobi. As a dairy farmer himself, Museveni should readily appreciate the predicament.

According to FAO, the dairy market is often among the most heavily regulated agricultural markets. In developing countries, policies are generally designed to reduce dairy imports and promote domestic production, to improve the livelihoods of farming households and reduce import expenditures. Nonetheless, it is likely that in the future many developing countries will not be self-sufficient in dairy production and will thus be increasingly dependent on imports of dairy products.

A couple of years ago, Pearl Dairy Farms started an ambitious extension programme in western Uganda to nudge farmers into the modern ways of dairy farming. By all accounts, it has proven to be a huge success. Productivity is well up compared to say 10 years ago.

A Common Market is not supposed to favour any one producer. It’s a shame however, that such a huge investment is wasted, because we do not have the courage to reward innovation and greater efficiency, factors that strengthen the Common Market rather than undermine it.