February 19— Construction of a new logistic hub in Gulu, northern Uganda, completion of a One […] 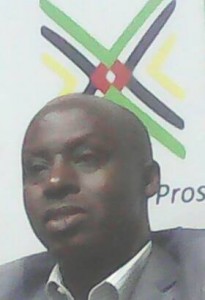 Sabiiti hopes TMEA can raise $100m within the next five years to pay for the projects.

February 19— Construction of a new logistic hub in Gulu, northern Uganda, completion of a One Stop Border Post along the Uganda-Democratic Republic of Congo (DRC) frontier, improvements at Entebbe International Airport and decentralisation of standards laboratories across the country are TradeMark East Africa’s (TMEA) priority projects between now and 2023.

“When you look at the clearing system at Entebbe Airport and compare it with the other airports, Uganda is still lagging behind. We are going to help in building an automated clearing system so that they are no delays in terms of time and money spent at the airport by traders,” Moses Sabiiti, the TMEA Country Director for Uganda told a news conference.

Set up in 2010, TMEA is an East African not-for profit company limited by guarantee  to support the growth of trade – both regional and international – in East Africa. It is focused on ensuring gains from trade result in tangible gains for East Africans and is the main channel for major foreign donors to support regional integration through increased cross-border trade. TMEA has country offices in most of the member states of the East African Community.

Sabiiti said work on the Gulu facility is already underway in terms of designs and plans are when finished it will become a major clearing spot for exports with the capacity to handle 500,000 containers.

“Trucks have been bringing goods in Uganda and going back to Sudan empty because there was no gazetted spot for clearance of returning trucks. This facility will allow major agents to clear goods for export. This will improve on Uganda’s exports as well as provide job opportunities in northern Uganda,” Sabiiti said.

Sabiiti said TMEA Uganda already has $25 million, but is expecting more from its major donors. “Our aspiration is $100 million for this second phase ending 2023. We already have $25 million, but expect more especially from DANIDA (Danish international aid agency). TMEA Uganda has performed best in the first phase and we expect more support for the government of Uganda,” Sabiiti said.

He said, “The first phase of our development projects which ended last year has been successful with major achievements that have seen a turn around in how Uganda as a country is competing on the regional and global market. These new projects are also aimed at removing other bottlenecks that are challenging traders like standards, delays in processing documents and the cost of doing business.”

TMEA aims to deliver further reductions to time and costs of doing business in Uganda. It hopes to achieve this through support to ICT for trade, enhancing coordination among trade agencies and up scaling successful interventions such as ECTS and AEO to the regional level. TMEA will encourage export-led growth by supporting the production of higher value added tradable products. Supporting private sector advocacy around standards, quality and market access for high potential products will increase export capability of Uganda. To complement this, the programme will facilitate reforms in technology, skills and data within the logistics sector to enable agile, lean and efficient supply chains.