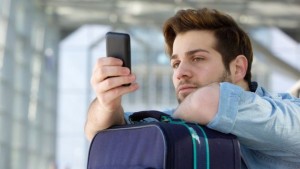 Being online makes it easier for tourists to access services offered by the hospitality industry.

March 28–Those involved in Uganda’s tourism sector have been advised to tap into the growing use of technology which is now a major aspect of people’s daily lives.

“E-tourism is the way to go since many people can easily access internet. Big hotels have performed well in this sector and smaller hotels have to follow suit by adopting new technologies and publishing their services
online if they want to attract more tourists to their places,” James Sebagala, the Coordinator for Quality Assurance at Uganda Tourism Board (UTB) said.

He was speaking at an event where online lifestyle services provider, Jumia Travel were announcing their latest findings. More than 37.4% of the population have internet access and incorporate it in their business activities.

“Overall travelers in Uganda have been embracing the concept of online bookings for hotels and this has increased their visibility. In 2016, online bookings have definitely played a role in increasing entries in  Uganda, because people are looking for convenience and with the online option, they can compare the prices and facilities a hotel has to offer before settling for it,” Louis Badea the Country Manager for Jumia Travel Uganda said.

Joyce Mcharo, the Country Manager for Kenya Airways said the spillover effect of tourism in the economy is massive and cannot be neglected. She said partners in the sector have to play their respective roles. “Advancements in technology are making lives easier.

“These days we get few interfaces with clients since most of the bookings are done online which is simple and convenient and saves time for both the clients and us.  If all partners in the sector embrace these modern technologies, then we shall be in position to nurture the sector and the potential benefits it
offers,” Mcharo said.

According to the latest Jumia Travel Uganda Hospitality report, the travel and tourism sector’s performance improved in 2015 compared to 2014, with a contribution to GDP of $1.8 billion or about UGX 6.469 billion from the previous $1.7 billion or an estimated  UGX 6.109 billion.

Government efforts such as continued improvements in the infrastructure and hiring foreign tourism public
relations firms to promote the country abroad are also seen as crucial to boosting future numbers.