May 11— Uganda Wildlife Authority (UWA), the watchdog of all national parks and game reserves, is […] 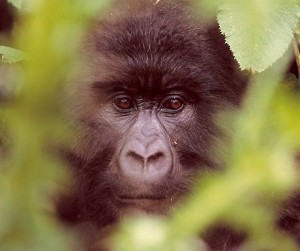 Mountain gorillas are on the endangered species list which makes for a once-in-a-lifetime experience to track them in the wild.

May 11— Uganda Wildlife Authority (UWA), the watchdog of all national parks and game reserves, is under pressure from tour operators to increase the number of gorilla tracking permits available per day from the present eight.

A large chunk of Uganda’s total tourism revenues, just over a billion dollars last year, are derived from gorilla tracking.

Trackers pay $600 for a one hour privilege view to these Great Apes in Bwindi Impenetrable Forest and Mgahinga National Park in southwestern Uganda. As of September 2016, there were 816 mountain gorillas shared out between the Democratic Republic of Congo, Rwanda and Uganda. However, the preferred route by most foreign tourists is through Rwanda and Uganda.

At the Indaba Fair in Durban South Africa, the Uganda stall is expected to be overwhelmed by demand for gorilla tracking permits. Recently, the Rwanda Development Board announced an increase in their price from $750 to $1,500 for all visitors. In Uganda a permit still goes for $600, but the price goes down to $45o in April, May and November of this year.

Asked what impact the Rwanda decision  has on the local situation, Stephen Asiimwe, the Uganda Tourist Board (UTB) Executive Director said what happens in Rwanda does not affect the Ugandan rates. “That is a decision made by Rwanda as a country. It does not in any way affect the volume of our trackers during low or high season. We have lower rates during the low season which hike during the high season,” he said.

UWA ranger Yona Okoth told 256BN, “There is only one habituated group of gorillas in Mghahinga and yet the demand for permits is shooting through the roof. Hotel owners are complaining about their occupancy being below 50% as a result,” he said.

The price for a permit has almost doubled from $350 to $600. However, UWA always offers discounts during low season of up to 50%. Besides gorilla tracking several high end and budget hotels have opened up. They comprise of Trackers which charges $600 per night and Clouds Safari Lodge which belongs to the community in neighbouring the park.

Abbey Bizimana, the district chairperson said, “They got a loan from World Bank to put up the facility. This place even has an airstrip that reduces the journey to 90 minutes.”