KAMPALA, FEBRUARY 11- Low budget travelers to the Middle East are the likely losers as Middle […] 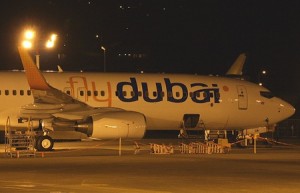 KAMPALA, FEBRUARY 11- Low budget travelers to the Middle East are the likely losers as Middle Eastern airline flydubai cuts back on its East African network, barely fifteen months into a daring expansion drive into the region.

Although there has been no official communication, the carrier’s flight schedule indicates that Bujumbura, Kigali and Kilimanjaro are no longer listed among its destinations while services to Entebbe have been reduced from a daily to tri-weekly.

While the carrier recently announced its decision to pull out of Bujumbura citing the impact of deteriorating security on passenger numbers, no explanation has been given for the actions on Entebbe, Kigali and Kilimanjaro.

Low budget travelers to the Middle East will no doubt be the hardest hit by this development which comes days after the airline announced a $27 million profit and a 25 percent surge in demand for business class seats on its African network.

flydubai which like Emirates, is wholly owned by the government of Dubai is a low-cost operator that had made economy class travel between East Africa and  Dubai possible at all-inclusive fares as low as $250.

Their departure leaves a gap in the market but also raises questions about the underlying assumptions that led them to expand into East Africa in the first place. Although mid to long distance low-cost travel is gaining traction across major travel markets in the world, this is normally premised on strong origin to destination traffic across any two points.

The question for flydubai therefore, was always going to be whether such a market existed in sufficient numbers in a region where its full-service cousins already operated regular services. Taking Entebbe as an example, the Entebbe- Dubai route has more than 250 seats on a given day. This number inches upwards of 600 seats when you factor in the offers by Qatar, Etihad and flydubai itself.

Combined with the fact that 80 percent of passengers that fly through Dubai connect to other destinations, flydubai’s short term options were to either expand its offers beyond Dubai or settle in for a longer burn-curve as it stimulated new point to point traffic between its new African destinations and the Middle East.

The latter choice would however, require a new structural model. Like all low-cost operators, Dubai uses a narrow body fleet configured around the Boeing 737 with a flying radius of around 6 hours on the outer limit. That means flydubai cannot mount flights that go deeper into Asia and Europe. Neither can it code-share, even with Emirates because its fare structure cannot feed into a full-service carrier.nTo cater for Asia or US bound clientele, flydubai would need to grow longer legs by acquiring the new smaller wide bodies such as the Boeing 787 Dreamliner.