March 27, 2018—In three months MTN Uganda will know if their application to renew their operating […] 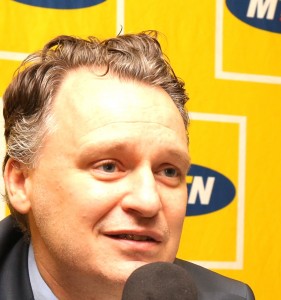 Venhellputte said their company has been largely compliant.

March 27, 2018—In three months MTN Uganda will know if their application to renew their operating license for another 10 years is approved or not by the Uganda Communications Commission (UCC), but odds are the telecom will get its extension.

During the relatively tame public hearing early this week, Wim Venhelleputte MTN Uganda chief executive officer, largely brushed aside most of the complaints documented in a UCC evaluation report, “What is important for me is that we are largely compliant. If there are issues of non-compliance, they are minor,” he said.

However he did concede that there is a valid point for listing MTN Uganda on the local stock market and he promised to take it up with the shareholders.

More than half of the company is owned by MTN Group in South Africa while Charles Mbire, is the largest single Ugandan shareholder.

MTN Uganda placed its application for renewal in October 2017, having been operating in the country since October 1998. It presently commands more than half of the 22 million mobile phone subscribers and paid in some UGX3 trillion (almost $1 billion) in taxes to government during the past 20 years.

Susan Wogera, the UCC secretary and legal director said although the company had some question marks in areas of inter-connection disputes and outstanding fees to UCC, its level of compliance and performance were commendable.

The three months (or 120 days) is the statutory period given to UCC to make a decision after considering all the relevant submissions and relevant returns.