The three pillars of Egypt’s struggle against terrorism

By Tarek sallam On February 9, 2018, the armed forces of Egypt launched the “Comprehensive Military […] 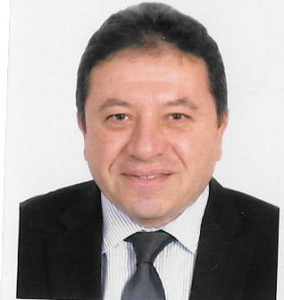 On February 9, 2018, the armed forces of Egypt launched the “Comprehensive Military Operation Sinai 2018 CMOS,” to purge the Sinai of terrorism and bring to an end a threat that has been recurrent since the June 30, 2013 Revolution that toppled the Muslim Brotherhood from power.

Commenting on the valour of the army and police during the operation, President Abdel-Fattah El-Sisi said “I follow with pride the heroics of my sons from the armed forces and the police to purge the beloved land of Egypt from terrorists, the enemies of life.”

Sinai 2018, once again crystallizes the historical and constitutional role of the Egyptian army as the shield and armor that protects the homeland, safeguards its security and preserves the integrity of its territories.

“Sinai 2018” also exposes the blatant lies and sheer fraud by the Muslim Brotherhood, its terrorist allies and the two countries that support them; lies that are blindly circulated by some international media outlets claiming that the developmental role undertaken by the army overshadows its defensive role.

It is both inconceivable and unreasonable to try to link the bloody terrorism that Egypt confronts inside and outside Sinai with thousands of causalities and injuries on one hand and what some media outlets claim as “political solutions” to this heinous threat on the other hand; political solutions that these outlets falsely claim that the Egyptian state failed to adopt.

When analysing the outcome of counter-terrorism policies, many think tanks in the West and terrorism scholars in Egypt focus only on security while ignoring other aspects of anti-terrorism policies. The conclusion, therefore, is that terrorism is combated through “militarisation” and “security measures”.

When applying these three domains to Egypt’s anti-terrorism policies, we find there is real non-military and non-security work being done, but that it needs improvement. It is important to take these three factors into consideration when analysing last year’s efforts to combat terrorism.

Also, the Supreme Council for Combating Terrorism was formed in July 2017, which in theory is a step in the right direction since this is a body that would at least coordinate efforts to combat terrorism, extremism and decide on a national strategy.

In the second domain, the government continued to pay monetary compensation to victims on a case-by-case basis.

For example, after the attack on Al-Rawda Mosque in Beir Abd, President Abdel-Fattah Al-Sisi ordered payment of LE200,000 to the families of each of those killed, and LE50,000 to each injured victim. The Ministry of Education also waived the fees at government schools for the children of those killed, and a decision was taken to prioritise hiring the offspring of martyrs in government offices.

In the third domain, inoculating society against extremism, which mostly focuses on addressing the causes of terrorism, existing efforts continue to deal with religious extremism as the main feature of the radicalism   responsible for terrorist attacks. But this ignores the political and social dimensions of terrorism in most cases.

Combating radical ideology on the Internet is a good example because it is necessary for these efforts to be comprehensive and develop suitable messages to reach Internet users who are being targeted by terrorists.

However, it is worthy of praise that progress was made in how it views counter-terrorism, and development, especially since these policies were adopted at a time when terrorists planned and carried out substantial attacks last year.

His Excellency Tarek sallam is Egypt’s Ambassador to Uganda