By Ghada Hammouda Egypt recently celebrated the opening of the newly expanded Suez Canal, a vital […] 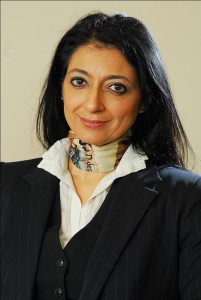 The expansion project is the one of the most significant engineering undertakings conducted on the Suez Canal since it opened in 1869. The expansion means that much larger ships will be able to traverse the canal both ways, eventually leading to a doubling in the number of ships transiting the waterway by 2023. The main beneficiary here is the Egyptian economy, which depends on the canal for almost 10% of all state revenues.

More remarkable than the actual engineering, however, is that almost all of the  USD 8.2 billion raised for the project was financed from private internal sources – and at a time when the country is only slowly getting back on its feet following an extended period of political instability.

There are lessons to be drawn from this and other major infrastructural projects on the African continent, such as the USD 4.1 billion Grand Ethiopian Renaissance Dam, set to be the largest hydroelectric dam in Africa upon completion, and the Addis Ababa light-rail project – two developments in Ethiopia that were completely self-financed.

Indeed, African countries have a much greater capacity to raise internal capital than what is generally perceived. This capacity is advantageous to the economic prosperity of the continent and thus, more countries must increasingly maximise this potential.

There are several reasons why internal borrowing must be the method of choice for future projects. First, it’s significantly cheaper than external borrowing, as most of the borrowing takes place in the local currency. This means the loans aren’t 100% exposed to changes in the exchange rates of international hard currencies, which can make borrowing expensive despite low hard-currency interest rates. Take the case of Uganda, for example. Since the beginning of the year, the Uganda shilling has lost about 30% of its value against the US dollar. If the government had taken out a loan at the beginning of the year, not only would Uganda have to pay back the interest, but it would also have to take into account the value loss of the shilling versus the dollar because the country would have to purchase dollars to pay back the loan.

Second, internal borrowing is a much faster and easier way to raise and collect cash. For example, it took just 10 days to raise the USD 8.2 billion financing needed for the Suez Canal expansion project, a noteworthy achievement in itself. Most large international loans are packaged as complex financial products that require the participation of multiple lending organisations. They also contain payback guarantees as well as a host of legal requirements, all of which can take years to put together and lead to project delays or – even worse – the failure to complete the project altogether.

Third, internal borrowing promotes efficiency, transparency and continuity. The Suez expansion project was originally scheduled to be executed over five years, but in the end it was delivered in just one year. This [k1] suggests that when funds are raised internally, all the stakeholders involved – especially the project implementers – feel a lot more accountable because the money comes from the country’s citizens and not a foreign source like an international lending institution, whose interests in such a project can often be purely economic rather than developmental. In addition once successfully completed such projects can be used as proof of concept generating the much needed confidence to fund similar undertakings or complimentary infrastructure. This is the case with the Suez expansion where the next phase of the plan which involves development of a 76,000 square kilometer industrial zone and logistics hub is almost ready to commence with the majority of participating companies being Egyptian. This is the motivation that encouraged one of the subsidiary companies of Qalaa Investment holdings which I represent to participate in the second phase of the project. Mashreq our energy unit company is building the first tank terminal and integrated logistics facility of its kind in the region providing much needed fuel bunkering services for ships transiting the Suez, helping to facilitate global trade and maximize usage of the Canal.

Of course, internally raised funds for infrastructural development in Africa will never completely replace the need for external financing.  There is a vast number of projects that need to be implemented, and the scale of some of them requires levels of funding that cannot currently be found on the continent. What Africa can do, however, is to reduce the burden of heavy external debt and protect itself from exchange rate fluctuations, which are having a negative effect on the continent’s economies due to them being far too import oriented.

But in order for this to become a reality, governments across the continent need to change their policies regarding the use of bonds as a short-term finance tool and instead begin floating specific, long-term, infrastructure-related bonds [k1] which they can market to citizens at home and abroad as well as those of other African countries. Egypt and Ethiopia have shown the way in this regard. Now it is time for the rest of the continent to follow suit.

Ghada Hammouda is the Head of Marketing Communications & CMO at Qalaa