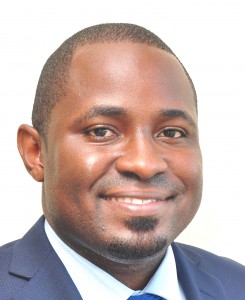 Emanzi said Uganda’s middle-class needs to be made aware of the advantages in mortgage financing.

October 31—Uganda’s population is projected to grow from 37 million today to 41.2 million by 2020 (UBOS) and yet the country currently has a housing deficit that stands at close to 1.2 million units, with Kampala at a staggering deficit of over 200,000 units writes Jackson Emanzi.

To compound this concern, the Uganda Vision 2040 report projects our population at 61.3 million by 2040 with almost 60% of the population living in urban areas. This rapid urbanization is bound to put pressure on housing delivery systems which are often informal or reliant on the state. The inability to keep up with the housing demand results in increased areas of informal housing, overcrowding and slums.

Today, banks and housing developers are looking at ways to create affordable housing options to meet the high demand from this growing population.The goal of providing affordable housing can be achieved by bridging the gap that has existed between access to capital and execution capability. It’s on this premise that banks have started to reduce mortgage rates to boost the housing sector.

Some of the banks, including Stanbic Bank, are working to strengthen partnerships with the developers in a bid to reduce on the overall cost to borrow through subsidizing on other expenses such as valuation of properties. This will be a great benefit for the customer who is looking for value and a cost effective financing option for their housing needs.

Adjusting to meet the demand

As urbanization gains pace, the need for affordable housing has become acute. The kind of houses currently on the market cost way more than the average middle income level Ugandan can afford. To address this concern, several development partners have adjusted to meet this demand by putting up affordable housing units for the middle-income earners.

The new projects are now majorly town flats on condominium plans, semidetached bungalows in closed gate communities and standalone bungalows in the outskirts of Kampala. This new development now implies that one can get a town flat for as low as UGX 65,000,000 (nearly $18,000) and if they have stable monthly income they can as well qualify for a mortgage to enable them to purchase the house.

There is need for developers to liaise/partner with the local authorities and government to jointly provide social infrastructure such as roads, social amenities like piped water and electricity in areas further away from the city which will make these areas attractive and accessible to the target market.

Banks have already embarked on the journey to make mortgage financing accessible and affordable to middle and lower income households by lowering our interest rates in line with the drop in prime lending rates.As an example, Stanbic Bank has changed lending parameters to also support customers with different income levels and the self-employed or business men.

Another big part of this is starting the journey to educate the public especially those in the middle-income brackets on the advantages of mortgage financing.

Most people are not aware of the different options available to facilitate ownership of property and that’s why banks like Stanbic have partnered with several developers and platforms such as Jumia House to provide free information on mortgage rates which goes a long way in changing the misconception on how mortgage loans work, who can qualify and how to acquire one. And due to market demand, the bank has also introduced land loans to cater for those intending to acquire land for new and additional developments.