The hidden tricks of Low-cost airlines 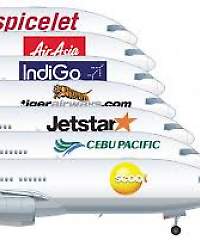 KAMPALA, JULY 20 – Low-cost airlines have attention-grabbing headline prices that seem the obvious choice in saving money. What budget airlines don’t always show is how these prices are not always what they seem due to “price deconstructing” in order to appear lower.

With this model, budget airlines show a base price that usually does not include a range of basic add-ons, such as in-flight meals, seats, and luggage allowances that their competitors already include in the published fare.

A passenger rights service provider has broken down the costs to offer a side-by-side comparison and Infographic highlighting how budget airline ‘hidden’ charges can dramatically boost tickets prices, often to the point of costing more than booking with a scheduled carrier.

With the British pound now more affordable due to Brexit, the cost for a family of four (two adults and two children aged 2-11) to vacation in London.

The family would travel from New York (JFK) to London (Heathrow or Gatwick) on August 11, returning on August 18, and require standard seating, in-flight meals, and luggage allowance.

The price for the family to fly British Airways (BA) economy class totals $4099.10 including all taxes and service charges.

This fare includes:
● Check-in available at the airport, online and via mobile before departure
● Seat selection free from 24 hours prior to departure and at the airport. Seat selection at time of advance booking can be chargeable.
● Complimentary three-course meal and drinks in-flight, including alcohol
● Complimentary pre-bookable children’s meals
● 1 hold luggage per person at 23 kg

For flights on the same dates with Norwegian, the third largest low-cost carrier in Europe, the base fare for two adults and two children, including tax amounts to USD $3651.20

But then the add-ons:

These add-on charges boost the final ticket price for the family of four to $4731.20 – or $632.10 more than flying with British Airways. Norwegian does offer a discount when booking seats, baggage and meals online simultaneously.

But even with the Norwegian discount to book all three add-ons together in advance (LowFare+), the final price is $4371.20 – still $272.10 more expensive than BA.

Factor in delays and cancellations

“The majority of complaints we handle on behalf of passengers are directed against low-cost airlines and some of them really do not respect the EU passenger rights legislation and make it overly hard and complex to settle rightful cases,” said Eve Buechner, Founder and CEO of refund.me. “Topping the list at number one is Ryanair, followed by easyJet in Switzerland.”

Lengthy delays are the primary reasons passengers seek redress under EU 261, accounting for over 75 percent of all refund.me claims, followed by cancelled flights at 21 percent.

“Passengers should consider the likelihood of experiencing flight delays on a low-cost carrier, along with the unpleasant reality that budget airlines are often the most difficult in terms of settling compensation claims in a timely manner.”

Under EU 261/2004 regulations, passengers whose flights are more than three hours late or canceled can claim up to €600 ($669) depending on the specific details of the flight. These rules apply to all worldwide airlines departing from an airport located in the territory of a European Union Member State regardless of whether the airline is or is not an EU Community carrier airline. For flights from outside the EU to a destination within the EU, passengers are protected if flying with an EU-based airline.

And if a flight entering the EU is operated by a ‘code-share’, for example a passenger books an American Airlines code-share flight that is operated by an EU airline, then that flight is also covered under EU 261.