Home » Business » The hack that never was : Nile Breweries to unveil new beer brand this week

The hack that never was : Nile Breweries to unveil new beer brand this week 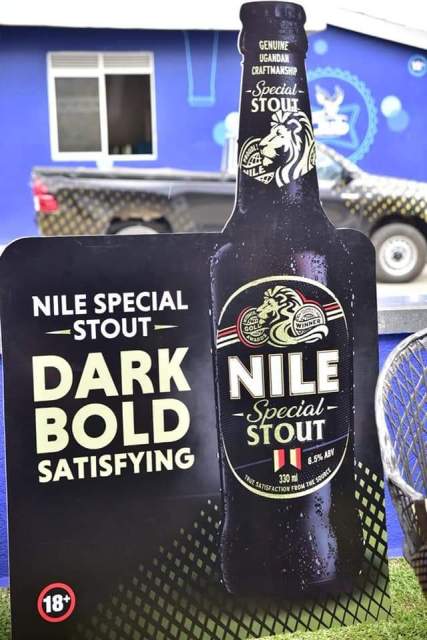 Uganda beer maker  Nile Breweries will this week add a new brand to their product portfolio, […]

Uganda beer maker  Nile Breweries will this week add a new brand to their product portfolio, bringing to seven the number of beer brands in its stable.

Normally reliable sources tell 256BN  that the beer, dubbed Nile Special Stout,  is the Anheuser-Busch InBev subsidiary’s attempt to push back against Diageo’s Guinness brand by riding on the soaring popularity of its popular Nile Special lager. Nile Special is one of the brewer’s fastest growing brands, enjoying double-digit growth in the past year.

The beer to be unveiled any between today and Friday is a stout with an alcohol content of 6.5pc. It will come in a 330ml bottle.

News of the impending launch follows a day of excitement after reports on Tuesday that the brewer’s website had been hijacked by a hacker. Regular content on the website was blacked out by a silhouette of the alleged hacker.

Management confirmed the hack in a communication saying action was being taken to restore the site. The company’s website was taken ‘hostage’ between 10 am -11am on Tuesday, with all deleted. In its place was a video in which the alleged hacker gave the company an ultimatum  release to the public a classified formula of one of their beer products within 24 hours, else the hacker takes the initiative to release said formula.

The website was partially back this morning but with the product still missing.

Yesterday, Nile Breweries Corporate Affairs Manager Mr Onapito Ekomoloit confirmed the hack on their website and said that they were moving to quickly restore the site.

Reliable sources however say the hack was a marketing ploy designed to rivet public attention on the company ahead of the new product unveiling. 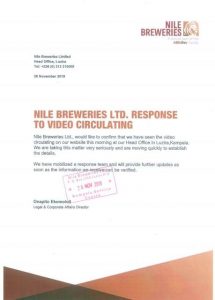