October 18— Andela, the talent-spotting firm based in Cape Town with an eye for exceptional African […] 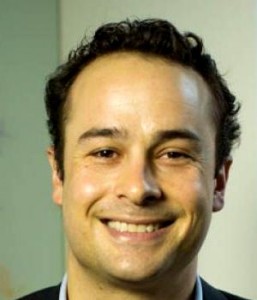 October 18— Andela, the talent-spotting firm based in Cape Town with an eye for exceptional African software developers, announced last week that it has secured $40 million in new funding. Andela has offices in Kampala, Nairobi and Lagos.

Andela will use the capital to fuel its aggressive expansion plans. The company aims to launch offices in two additional African countries over the next year, doubling its developer base from 500 to 1,000 to meet growing demand.

Selected developers spend six months in a rigorous on boarding program before being matched with one of Andela’s partner companies as full-time engineering team members.

Beyond recruiting elite development talent, Andela is catalyzing the growth of tech ecosystems across the continent by open-sourcing its content and partnering with organizations including Google and Pluralsight to provide resources and mentorship to developers.

Jeremy Johnson, co-founder (pictured) and CEO of Andela said,”Over the past three years, we’ve helped prove to the world that brilliance is evenly distributed. It’s now time to prove that our model of investing in extraordinary people isn’t just viable, but revolutionary.”

The investment was led by pan-African venture firm CRE Venture Capital with participation from DBL Partners, Amplo, Salesforce Ventures and Africa-focused TLcom Capital. Existing investors, including Chan Zuckerberg Initiative, GV, and Spark Capital, also participated. The round, which marks one of the largest investments ever led by an African venture firm into an Africa-based company, brings Andela’s total venture funding to just over $80 million.

Johnson said, “ Increasingly, African technologists will be launching high-impact companies and solving some of the world’s most pressing problems, and this round will help that happen faster.”

Andela was launched in 2014 to combat the global technical talent shortage by investing in Africa’s most talented software developers. During 2016, there was an estimated 1.3 million software jobs unfilled in 2016 in the United States alone.

Pule Taukobong, Founding Partner of CRE Venture Capital, said, “At present, there is more capital to fund ideas globally than there are people to build them. Andela is providing a solution to this global talent dilemma while building a business case for one of Africa’s greatest assets: our people.”