October 30—Taxify has joined Kampala’s increasingly crowded cab-hire industry and is setting off a possible loyalty struggle by allowing signed up drivers to retain more of the fare as their take-home earnings. 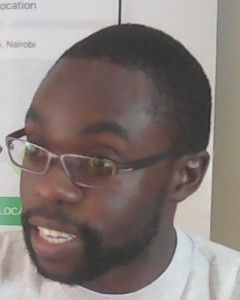 Muleji has said Taxify is allowing drivers to retain more of the fare as take home.

“We are offering more to the drivers. We will only take 15% commission from the drivers. This is cheaper than the 25% that competitors are charging.” Shivachi Muleji, the Kampala Operations Manager said during the official launch at Sia Amara Plaza on the outskirts of the city centre.

Taxify is an Estonian international transportation network company headquartered in Tallinn, Estonia. As of March 2017, Taxify operated in 18 countries and 25 cities in Europe, Western Asia, Africa and Mexico. Muleji said to be part of Taxify, interested drivers just need to subscribe to the Taxify online platform even if they are already using other platforms.

The Taxify application is available for Android, IOS and Windows Phone. Riders must download Taxify app on his smartphone from Apple Store, Google Play or Windows Store. Taxify has made it no secret that it wants to compete with Uber.

According to Muleji, the company’s main focus during the early days is to build a team of happy satisfied drivers, because then they will give quality services.

He said, “Taxify believes in treating its drivers with respect, allowing them to earn more than what they receive from other platforms and providing a rage of safeguards and features that help them work in a way that suits them best.”

For prospective customers, the company is offering a 15% discount during November. Taxify will charge UGX600 per kilometre or UGX150 per minute with the minimal fare being UGX4500 (about $1.20).

Muleji said, “Kampala is a huge and thriving market place for private urban transport. We are very excited to launch here and are confident that Taxify can effectively contribute to healthy competition by improving the quality of services and improving an opportunity for drivers to make sustainable income.”