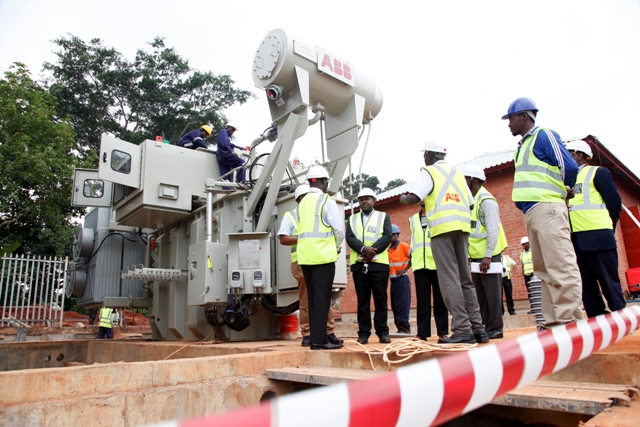 A ruling by the Uganda Tax Appeals Tribunal TAT, in favour of electricity distributor Umeme has […]

A ruling by the Uganda Tax Appeals Tribunal TAT, in favour of electricity distributor Umeme has brought clarity to who between a concessionaire and the asset owner, is entitled to claim the capital allowance in taxation.

The Tax Appeals Tribunal, on September 9, found that it was Umeme rather than the Uganda Electricity Distribution Company UEDCL, that was entitled to claim depreciation allowance in respect of assets acquired by Umeme and initial allowance for assets placed in use by Umeme 50km outside Kampala.

For several years, Umeme has been locked in a dispute with the Uganda Revenue Authority and UEDCL over the latter’s claim to Depreciation Allowance on assets the power distributor added to the network after taking over the concession.

Using the example of a tenant who makes improvements to a rented property, Umeme Managing Director Mr.

Selestino Babungi said UEDCL’s claim was comparable to a landlord seeking Depreciation Allowance on assets such as air conditioning units installed in his premises by the tenant.

He added that the TAT ruling was a blow for everybody in the investor community because it removes the uncertainty around the treatment of capital allowance in a concession.

Allan Rwakakooko, Umeme’s Senior Legal Manager, says electricity consumers would also benefit from the ruling because the initial and depreciation allowances are a factor in determining user tariffs.

“This is a step towards helping to reduce the end user tariffs for our customers and therefore reducing the cost of doing business,” Rwakakooko said.

According to the September 9 ruling, the Tax Appeals Tribunal agreed with Umeme’s submission that Sections 2, 27 and 52 of the Income Tax Act grants the depreciation allowance to a person that incurred expenditure in acquiring the depreciable asset, used the asset to produce income included in its gross income, and included the cost base of the asset in the company’s pool of assets.

In the course of meeting its obligations under the concession agreements, Umeme purchased several assets which were used to upgrade, expand and maintain the electricity distribution network. Umeme then applied to the Uganda Revenue Authority URA, for an initial allowance for the assets which were deployed within the first time 50km outside Kampala, and depreciation allowance for assets acquired and deployed by Umeme under the concession. However, URA rejected the claim, resulting in the application by Umeme.

Rwakakooko explained that the main issue before the Tribunal was to decide whether to grant the right to claim the depreciation and initial allowances to UEDCL, which is the legal owner of the distribution assets or Umeme, which acquired and put the assets in question into use. UEDCL was later added as a party to the application.

“The tribunal stated that Umeme was the person who incurred the expense in acquiring and using the depreciable assets to generate income, and it is not necessary for Umeme to be the legal owner of the asset as argued by UEDCL. Therefore, the assignment to Umeme of the duty to maintain and deliver up the assets at the end of the concession was sufficient to justify the allowance,” he said.

According to the ruling, the members of the tribunal also considered the concession agreements, which give the duty to pay taxes for the concession assets to Umeme. They ruled that section 27 and 27A of the Income Tax Act grants deductions to the party that pays the taxes and since it was Umeme that paid the taxes for the assets, UEDCL is not allowed to claim any deductions or allowances due to Umeme.