June 12—SWIFT, the Belgium-based provider of a financial messaging service that allows banks across the world […] 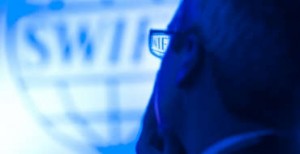 Since the Bangladesh Bank heist SWIFT has upgraded its network security.

June 12—SWIFT, the Belgium-based provider of a financial messaging service that allows banks across the world to make transfers among themselves, saw profit before tax in 2016 drop 31% down to nearly $53 million.

This was due to costly upgrades of its network security as a result of the Bangladesh Bank hacking incident and subsequent theft of $81 million.

What has become to be known as the ‘Bangladesh Bank heist’, in February 2016, instructions to steal $951 million from Bangladesh’s central bank, were issued via the SWIFT network. Hackers issued several messages to withdraw the money in batches from a Bangladesh Bank account at the Federal Reserve Bank of New York. However they only managed to get away with $81 million and investigators later revealed that they used Dridex malware for the attack.  SWIFT says other attempts since then have been foiled.

The security upgrade is to prevent another attempt to initiate fraudulent SWIFT transfer messages. This has included a new tool to help banks spot suspicious messages. There are 11,000 institutions, especially banks connected to SWIFT in over 200 countries and during 2016 some 6.5 billion messages were sent. SWIFT or Society for Worldwide Interbank Financial Telecommunication, is a cooperative society under Belgian law and is owned and controlled by its shareholders mostly major international banks.

Financial institutions, including those in Uganda and brokerage houses that use SWIFT have codes that identify each institution as well as credentials that authenticate and verify transactions.