Supply side constraints hold back exports 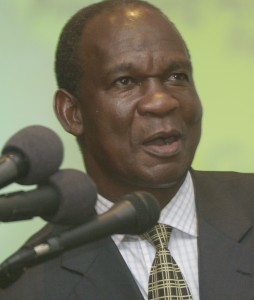 February 24-Uganda needs to solve its supply side constraints in the export sector if it wants to revive the economy and step up into middle income status by 2020.

“The problem we face in Uganda is slow production and low productivity. Especially in the agricultural sector due to supply side constraints which are caused by the high cost of finance, low levels of technology all which impede on the country’s quality of outputs,” Kisamba Mugerwa the Chairperson of the National Planning Authority (NPA)  said. He was one of the speakers at the 7th National Development Policy Forum organised by the NPA and the World Bank.

He said by tackling the supply side bottlenecks, the volume of exports will go up to match the value of imports which can help reverse Uganda’s growing current account deficit. At the moment, Uganda’s trade balance, (the difference between exports and imports) has been in the negative for a considerable time now and all efforts towards  moving into positive have not been successful.

Rachael Sebudde, a Senior Economist at the World Bank, said the country has more than doubled exports to about $4.5 billion recorded in financial year 2015/16, however this is almost half of the value of total imports.

“We are all aware that exports are crucial in this agenda and by promoting interaction between domestic producers and external consumers, especially consumers that at higher level of development compared to Uganda then the country’s ability to raise productivity will be enhanced,”  Sebudde said.

Sebudde said the theme is timely and critical since Uganda is currently facing a number of vulnerabilities which would be offset if the country unlocked its export potential.

Patrick Birungi a Director Planning at the National Planning Authority said if the government wants to raise the export component and reduce the pressure on the country’s exchange rate, then it has to adopt a number of broad interventions aimed at increasing the country’s exports.

He said, “Prioritizing appropriate water for production and water management systems, enhancing efficiency in the input supply mechanism, prioritising value addition across the commodities and products, developing and promoting Uganda export commodity standards and brands among other, these interventions would go a long way in tickling and motivating the economy to export since increasing our exports since that is where our comparative advantage is.”