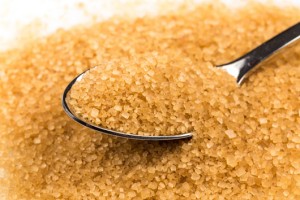 Many traders say they still have stock they bought at higher prices and do not want to make losses by selling at UGX5000.

June 2—Retailers in downtown Kampala and the surrounding suburbs have declined to sell sugar at the government recommended price of UGX5000 (about $1.40) saying that the supply situation is yet to stabilize and wholesalers have made no reductions which has left them with expensive stock.

“The government has no right to determine how much we sell goods, because the prices are determined by market conditions. Rent has increased, electricity prices have gone up, food prices have almost doubled from a few years back. We also sell according to what is happening in the market.” Murangira said

Currently, a kilo ranges from UGX5400 to UGX5800 for sugar measured out from the sack while the packaged version goes for between UGX6000 and UGX7000, depending on where the trader sourced supplies. Middlemen have also been blamed for the situation by continuing to hoard although the major manufacturers have reported no drastic increase in the factory price.

A month ago and before Kenya reported widespread shortages, the average price for sugar in Uganda was UGX4500. Although the current price is considerably lower than the UGX 8000 some shopkeepers were demanding a few weeks ago and what prompted government intervention, consumers are beginning to think sugar is becoming a luxury item.

Alex Mbaine said prices might go down in the coming days, after traders sell off stock they bought expensively at the end of April. “We had stocked a lot of sugar, because we feared the prices were going to go even higher. Some of us are making losses even at the UGX5500 per kilo. The economy is doing badly and we ask the government to intervene,” Mbaine said.

All food stuffs prices have gone up following a  long dry spell that hit the country last year affecting harvests. This week the Uganda Bureau of Statistics reported that higher food prices had increased headline inflation for May to 7.2% compared to the 6.8% recorded in April.