Tourists are pushing students and locals out of Amsterdam´s city centre. Universities claim that the city […]

Tourists are pushing students and locals out of Amsterdam´s city centre. Universities claim that the city is already facing a shortage of 12,000 student homes. Private Student Hotels are offering new solutions, hosting students and tourists under one roof. But not everybody is convinced. 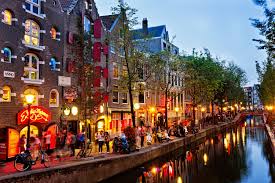 e-TurboNews – Sometimes Canadian student Nicola would wake up and check his mail even before his alarm went off. Every day, he was desperately hoping for an invitation to an apartment viewing in Amsterdam. For four months he tried everything: subscriptions to apartment platforms, Facebook-calls, postings at the university.

“If I knew that it will be this hard, I might have never considered studying in Amsterdam”, he told Euronews. “The city is amazing for tourists but for all young people it is almost impossible to find a place on the private housing market”. Nicola is one of 100,000 students currently enrolled in Amsterdam´s universities, a third of whom are international students.

Nicola likes to describe the situation in Amsterdam as the AirBnB-dilemma. Average AirBnB prices of 150 – 250 euro per night are more profitable for landlords than renting the room to a student on fixed contracts. The more rooms are rented out on AirBnB, the greater the shortage of residential housing becomes and prices increase further. Students who cannot afford monthly rents of 1,000 euro or more and are not qualified for state subsidised social housing are the losers in this dilemma.

Jorick Beijer, manager of the foundation The Class of 2020, agrees with Nicola: “The problem in Amsterdam is that there are more and more illegal hotels, and almost no regulations and controls for renting out on AirBnB.” Since 2011, his Amsterdam-based foundation researches student housing across Europe. The aim of the foundation was to solve all housing problems of European students by 2020. Therefore, Jorick and his colleagues collect data for their independent research projects and try to connect stakeholders from the private and public sector.

But the challenges are bigger than expected. In Amsterdam, Beijer says, affordable student housing is particularly scarce. Long waiting lists and few alternatives in private homes are even making some students reconsider studying in Amsterdam. In May 2017, managers of Amsterdam´s universities and housing corporations signed an urgent manifesto calling on the municipality to build at least 2,000 new student homes per year. According to their report the city already faces a shortage of 12,000 student homes. No one from municipality was available to comment for this article. For Jorick Beijer it is not only a responsibility of the local and national government. The Class of 2020 also wants to encourage the private sector to find innovative solutions: “In the future we have to look for more innovative hybrid models of living that bring together students with other groups of the society”.

That process is already underway. In 2006, Scottish businessman Charlie MacGregor saw the potential to house students and tourists under one roof. “When I came to the Netherlands, I was shocked by the conditions. Some students were on four-year waiting lists for student housing, everybody was unhappy with the quality. Coming from the UK, I wasn’t used to that, the market there is much more diverse. There is an option for everyone”.

Today, MacGregor is the founder and CEO of The Student Hotel group, which operates over 3.000 hotel rooms in Amsterdam, Rotterdam, The Hague, Groningen, Eindhoven, Maastricht, Barcelona, Florence and Paris. Students can rent rooms for five or ten months during the academic year. Small, furnished bedrooms, no waiting lists, wifi, washing machines, bikes, gym membership, co-working space, cleaning and community activities are included. Meanwhile 20 – 30% of the rooms are rented out to tourists during the semester. In summer, when students leave and it`s Amsterdam`s high season almost all rooms are rented out to tourists.

While searching for an apartment, Nicola also came across the Student Hotel in Amsterdam.“It is definitely a great business model – but what kind of student can afford this?” he asks. With monthly prices of 800 – 900 Euro the hotel addresses wealthy students looking for a comfortable luxurious life. Student unions repeatedly criticize the Student Hotel´s approach, accusing the project of distorting the market. They fear that a monthly rent of 900 Euro could soon become a standard for students. “The Student Hotel may help a few people but it doesn’t solve the structural problems of this city”, Nicola remarks.

These structural problems, entrepreneur MacGregor agrees, have not been addressed for many years. Every summer before the semester starts the same discussion comes up. In a system where strongly regulated subsidized social housing meets high property prices and increasing numbers of tourists, the losers are students, professional newcomers and young families. “It is a system that fundamentally doesn’t work”, MacGregor concludes. Nicola couldn’t agree more.