July 6, 2018— A widely respected industry source, The Banker, early this week named Standard Bank Group of which Stanbic Bank Uganda is a subsidiary, the top Tier 1 bank in Africa with a capital of $10.13 billion in 2018.

Chinese banks now hold the top four places worldwide in the overall ranking for Tier 1 capital with the Industrial and Commercial Bank of China Limited (ICBC) remaining top for the sixth year running sitting on a capital core of $324 billion. ICBC also holds a 20% stake in Standard Bank Group.

The Banker said, “Among the top 10 African banks by Tier 1 capital, South Africa’s Standard Bank has once again scooped the top spot with $10 billion. This was a significant jump from the $8.6 billion in Tier 1 capital the bank recorded in the 2017 ranking. Accordingly, its position in the global table has climbed from 149th to 145th.” 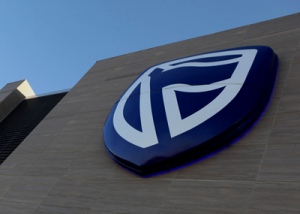 The Group saw its Tier 1 capital rise by almost $2 billion during 2017.

South African financial institutions occupy four of the top 10 spots and take up six places out the top 25 banks across Africa. As of December 2017, Standard Bank Group reported total assets of $165 billion and a market capitalisation of $28 billion making it the largest bank in Africa by assets with operations in 20 countries.

East Africa is represented by Kenya’s Equity Group and KCB Group who are listed 22 and 23 respectively with $848 million and $826 million as their Tier 1 capital.

Tier 1 capital is the core measure of a bank’s financial strength from a regulator’s point of view. It is composed of core capital, which consists primarily of common stock and disclosed reserves (or retained earnings), but may also include non-redeemable non-cumulative preferred stock.

Zenith Bank is the only Nigerian bank in the top 10, but at five in total, sub-Saharan Africa’s biggest economy features the second most banks out of the 25 listed by Banker. Egypt and Morocco feature four each, Angola and Kenya, two while Mauritiu and Togo have one a piece.

“FirstRand maintains second position in the Africa table while growing its Tier 1 capital position, while Nedbank also posted an increase to its Tier 1 capital despite surrendering third spot in the table to the ABSA Group. ABSA Group’s inclusion in the 2018 ranking reflects the reduction of Barclays PLC’s ownership stake in Barclays Africa Group to 14.9% from 62% and the re-branding of the holding company name. ABSA Group now occupies the third spot in the Africa regional table and 184th in the global ranking with $7.7 billion in Tier 1 capital,” The Banker said.

According to The Banker, Africa’s economic fortunes improved over the 2017 review period following a difficult couple of years in which lower commodity prices hit the performance of the continent’s largest markets. This slowly improving economic climate is reflected in the growth trajectory of Africa’s banks which have, across the board, posted relatively strong numbers in the 2018 Top 1000 World Banks ranking.

Stanbic African Holdings Limited, part of the Standard Bank Group, owns 80 pc of Stanbic Bank Uganda which is listed on he Uganda Securities Exchange. Latest figures for 2017, showed Stanbic Bank Uganda made a net profit of just over $52 million and remains then country’s biggest bank.