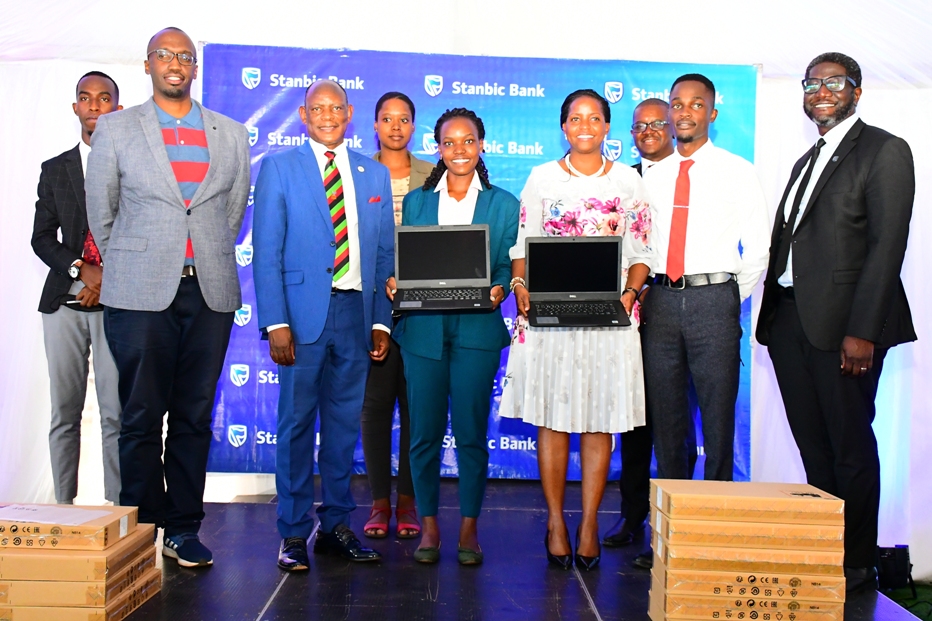 A trending hashtag #OneStepCloser that has been gaining increasing attention during recent weeks has now been officially linked to Stanbic Bank Uganda, as the lender’s new brand campaign aimed at rallying Ugandans to pursue their dreams and rebuild their businesses after the pandemic.

In a media statement, Daniel Ogong, Stanbic Bank Uganda’s Head of Marketing and Customer Experience says the brand campaign is aimed at cheering Ugandans to believe and not to give up on their dreams—with Stanbic Bank as their partner.

“Every story should be placed in context and ours as a country is very clear—we have just returned from nearly two years of a pandemic induced lockdown, the economy was half at work with critical sectors such as education, and entertainment,down, this affected businesses with many losing revenues while others closed entirely,” Ogong said.

He said the #OneStepCloser campaign aims at reassuring Ugandans that no matter what they have been through, they shouldn’t give up on their dreams and that every effort they invest helps them to get closer to achieving their bigger goals.

“Our role in the customer journey towards their respective dreams has always been that of a facilitator, inline with our business purpose—driving Uganda’s growth. As the economy reopens fully, we are committed to ensuring that all our customers get closer to achieving their dreams while sharing their success stories to inspire others to believe—it can be.

Emma Mugisha, the Stanbic Bank Uganda Executive Director and Head of Business said “when schools reopened after 2years of no work, we waived all their accrued unpaid interest on outstanding loans for the period ending December 31, 2021, that way, we were able to give them the opportunity to start afresh on a new slate.

For Ugandans in different sectors of the economy, we knew that most of them had spent their operating capital to survive through the lockdown; what we are now doing is to give money to SACCOS at interest rates of as low as 10% (for agriculture based Saccos) and 12.5% for general sector saccos, to ensure that they lend money to millions of their Ugandan members, at affordable rates to allow them rebuild their businesses.”

According to Sam Mwogeza, Stanbic Bank Uganda’s Executive Head for Consumer Banking, the bank is planning for all sectors of the economy and designing personalized products to address their respective needs.

“We have done something unique for the education sector, health workers, lawyers, farmers and university students and soon, we will unveil something exciting for women and youth—this way, we are walking the talk of driving Uganda’s growth,” Mwogeza said.

Recently, the London based Global Brands Awards recognized Anne Juuko as the best female banking CEO for 2021, acknowledging her role in leading Uganda’s largest commercial bank through a pandemic while managing to sustain its profitability.