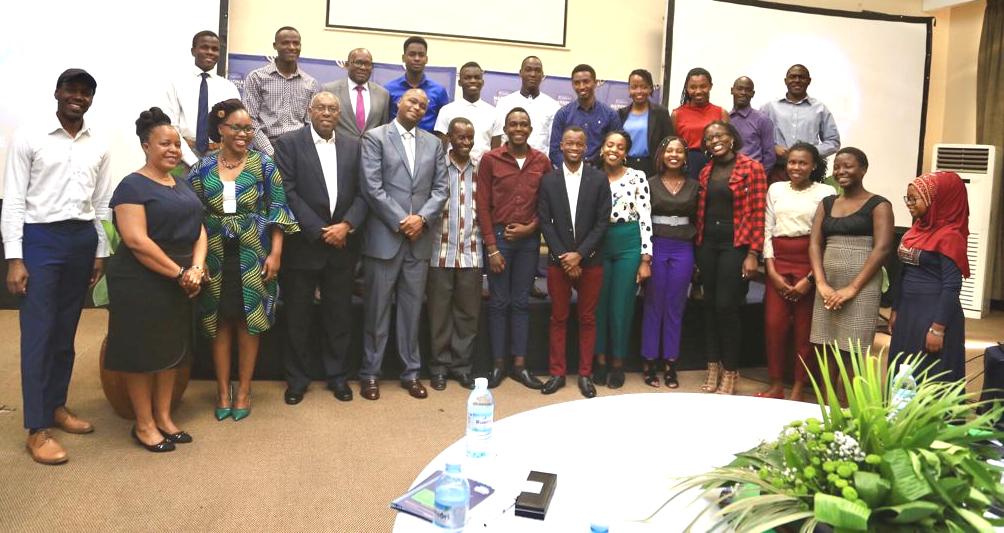 Every once in awhile you attend an event that does not literally send you into a deep slumber. Instead, there is admiration and optimism.

The Stanbic Bank National Schools Championship (NSC) Alumni engagement last Thursday was such an event. It was an opportunity to take stock and invite others to come on board to keep the momentum going.

For long spells, invited guests were held spellbound by the stories of these young people determined to be job creators and not job seekers. It was an occasion that belonged to budding entrepreneurs, who narrated, for instance,  setting up a savings group or a small-scale industry.

Their passion and eloquence was self evident. So are their achievements since participating in the annual knock-out championships that started out with 32 secondary schools in 2016 and expanded to 72 during the 2019 edition.

During the next 10 months, some 100 schools will vie for the accolades of presenting the best business plan from  four finalist schools. The winning duo will get an all-expenses trip to Johannesburg, South Africa on top of other prizes for the rest of the finalists.

Patrick Mweheire, the Stanbic Bank Chief Executive makes no secret of his pride. But he also expressed doubts about Uganda’s presently rigid education curriculum that continues to deliver young people whose skills set did not match the demands of the ever changing labour market.

“This is something very close to my heart, because we are helping to empower the job creators of tomorrow. Waiting for someone to help you is not a sustainable solution. We empower you to better prepare you for your destiny.”

He thanked their partners for the support and assured all of Stanbic’s continued commitment to the initiative. Some 90% of the Stanbic CSI budget goes into educational programmes.

Juliet Namuddu Nambi, the Director Education and Social Services at Kampala Capital City Authority said, “NSC has added the fun element. It encourages work in teams to create greater confidence and leadership skills have soared as students take authority to take charge of the decisions that they make. It also takes them away from the monotony of classrooms.”

Barbara Kasekende, the Manager Corporate Social Investments praised the teachers for buying into the idea then related what she called the long journey of making NSC a reality. Obviously, there was much persuading, cajoling and begging, because this was something straight out of the box. However the growing interest and popularity across Uganda is testimony of the competition’s success.

The NSC pillars are teaching financial literacy, life skills and entrepreneurship. “We started in 2016, not quite sure where we were going, but we had an idea of where we wanted to end,” Kasekende said.

About 100,000 lives have already been impacted with these three ingredients. Add to this are the 440 viable business ideas that have emerged during later stages of the qualifying rounds of the competition and the penultimate boot-camps. Of the 440 ideas, 57 have been generated by teachers and about 20 are operating nationwide, most with Stanbic support. Six schools have been supplied with clean renewable energy and water supplies.

Kasekende said what Stanbic Bank is doing at the moment only covers a small proportion of Uganda’s total secondary school population and asked for more partners to cause a much bigger impact across the country. The bank has 13 bursaries running at various institutions.

She then highlighted the social distractions and often unrealistic demands, placed on young people both at home and in school. She said they needed ‘anchors’ to de-clatter the noise that prevented them from attaining a holistic personality that could allow them to exploit their full potential.

She said participating in the NSC provides secondary school students the right anchor, an appropriate mindset, points them to the true North and inspires self-initiative by encouraging them to become job creators.

The alumni on stage were brimming with self-confidence. Evelyne Mugisha, one of two winners in 2017 co-founded MARSCORP Union at Mary Hill High School. Today it’s a UGX 10 million fund starting from zero.

“Participating in NSC and doing internship at the Stanbic investment club, taught me the importance of being responsible with my life. I remain on track and it has been an amazing experience. The Union started out with 220 students, but has grown because we set a good standard and commitment. It’s about consistency and vision.” She is currently pursuing a law degree at Uganda Christian University thanks to one of those 13 Stanbic bursaries.

A year behind Evelyne at Mary Hill, was Tracy Arinda who took over management of MARSCORP. She is now a first year student of Medicine and Surgery. “The biggest challenge is the paperwork. Everything is looking at you! Everybody was embracing NSC so fast. But with the help of the school administration, we got space and Stanbic staff groomed us. We are very grateful and the challenges have now become smaller,” she said.

Last year’s NSC winner was Francis Byaruhanga whose Mustard Seed Company based at Holy Cross Lake View SS, Jinja, is already looking at the export market and there have plans to build a factory.

Byaruhanga and friends are making appetizers not only for the school and surrounding community, but have also diversified into liquid soap. “NSC gave us a bigger platform. At this level we have a very good partnership with Stanbic which could get us a loan. With our books of accounts, audits and training we can qualify.”

But he is disappointed that the government recently announced there was not enough money to implement the new secondary curriculum which has been revised to incorporate business studies.

There were other testimonies on the rewards of participating in NSC which basically narrowed down to inspiring self-confidence, self-initiative, community-responsibility and having the drive to succeed.

The colour scheme of the event, (a soothing green), also reflected these young peoples’ concerns about environmental protection as a basis consideration in any business venture to maintain economic growth and meet the United Nations sustainable development goals. 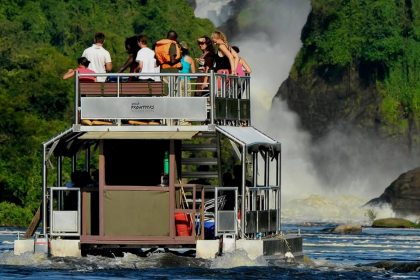