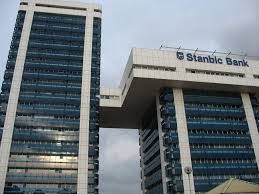 KAMPALA, APRIL 15 – Shareholders in Stanbic’s Ugandan unit will see a lower dividend payout for 2015 as the lender moves to boost reserves in anticipation of higher capital adequacy requirements by the regulator.

The bank today announced Ushs 532.5 billion in earnings for 2015, up from UShs494 billion in 2014, translating into a 12 percent jump in earnings per share to Ushs 2.95 that saw management recommend a lower dividend of Ushs0.78 per share.

“The bank has posted a strong Return on Equity (“RoE”) of 29 percent and a 12 percent increase in Earnings per Share (“EPS”) to 2.95 Ushs. We value our shareholders and the contribution they make towards our continued success, as such the board has recommended a dividend of 0.78 Ushs per share this year, which though lower than last year, still represents a solid dividend pay-out,” said Mr. Sam Mwogeza, Stanbic Uganda’s Chief Financial Officer.

Mwogeza explained that the reduction in the proposed dividend to the prior year was driven by the need to hold more capital in light of emerging regulation from Bank of Uganda, requiring Domestic Systemically Important Banks (“DSIBs”), of which Stanbic is one, to hold more capital.

The results come against a backdrop of a tough macro-economic environment that saw non-performing loans shoot up across the industry as the regulator adjusted the Central Bank Rate five times upwards during the year as the shilling tumbled and inflation spiked. Stanbic scraped through largely unscathed by pulling the brakes on lending in the PBB segment as lending rates reached unsustainable levels.

“Our strong earnings of 532.5 billion Ushs in 2015 were generated through a balanced mix of net interest income and non-interest revenue. This was reflective of the strength of our diversified business model and the success of our customer centric approach, which focuses on delivering relevant and convenient products and services to our clients,” he said.

The bank retained its number one position in the market with a 17.2 percent share of total assets and 18.2 percent of customer net assets. It also led customer deposits with a 16.3 percent market share and a profit after tax of 27.9 percent.

“Our overall deposits averaged a record 3.1 trillion Ushs up by 12 percent from the previous year, while we grew our total loan book by a healthy 20 percent, with an end year closing balance of 2.2 trillion Ushs up 377 Billion from 2014. In addition we registered significant progress in strengthening the quality of our loan book,” Mweheire said.

Asset quality improved with the credit loss ratio falling to 1.5 percent from 2.3 percent in the previous year.

Looking towards the future and talking about the bank’s plans for taking the customer experience to the next level Mr. Mwogeza said “The bank has been very deliberate about investing in building the capabilities it needs to ensure sustainable earnings growth in the future. A big part of this re-investment has been focused on broadening the bank’s customer touch points to provide lower cost, more convenient and more widely distributed banking services to our client base.”

This, he further explained would be largely through the bank’s digital platforms were the bank has already launched exciting new solutions to improve the bank’s customers banking experience.

In addition, “We plan to take advantage of legislative developments such as the passage into law of the Financial Institutions (Amendment) Bill 2015 which provides for Agency Banking and as such represents a great opportunity for us to reach the broader unbanked population by opening up new multiple client access points through representative agents in places which are currently not viable using the traditional banking model.”