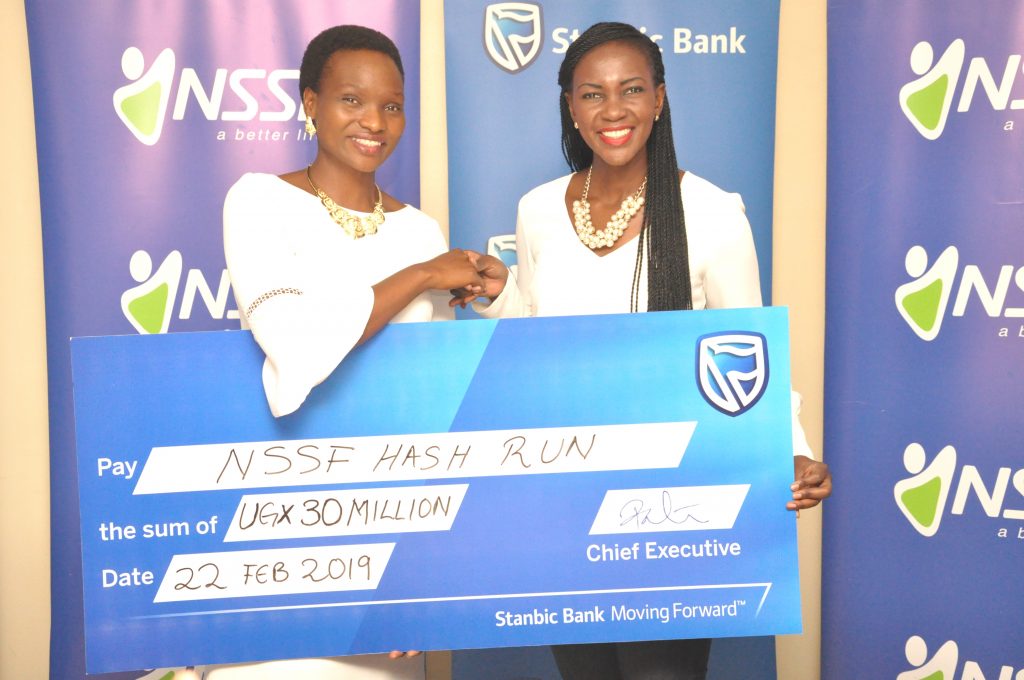 The  annual event was started by NSSF is intended to raise money to refurbish and improve learning environments for children in Kampala Capital City Authority (KCCA) schools as well as some in the rural areas.

“We are delighted to be a part of the NSSF Hash Run, because we believe that education is a critical transformative intervention that shapes our society today. This year we have doubled our contribution from UGX 15 Million contributed in 2018 to UGX 30 million in 2019. As such, we are happy to join NSSF in its noble cause aimed at refurbishing the learning environments of children who go to KCCA schools across the city and schools in rural areas upcountry,” Cathy Adengo, Stanbic Head of Corporate Communications said during the handover.

The Kampala Seven Hills Run is a fun, non-competitive event that covers the historical seven hills of Kampala.  Participants run a distance of 21 km around the hills. It is organised by the Kampala Hash House Harriers Club.

She said, “This is one of those calendar events that gives Ugandans, corporate entities, our members and staff an opportunity to make a significant contribution in improving the learning conditions of disadvantaged children.”

This is the 4th edition of this fun non –competitive charity run and is held in partnership with the Kampala Hash House Harriers who will provide the technical support and KCCA who are the beneficiaries of the proceeds from the run.

Having had a good turn up at the previous runs we held in 2016, 2017 and 2018, the NSSF Kampala Hash Seven Hills Run has now captured thousands of hearts who not only enjoy the 7 hills challenge, but are also passionate about children and education.