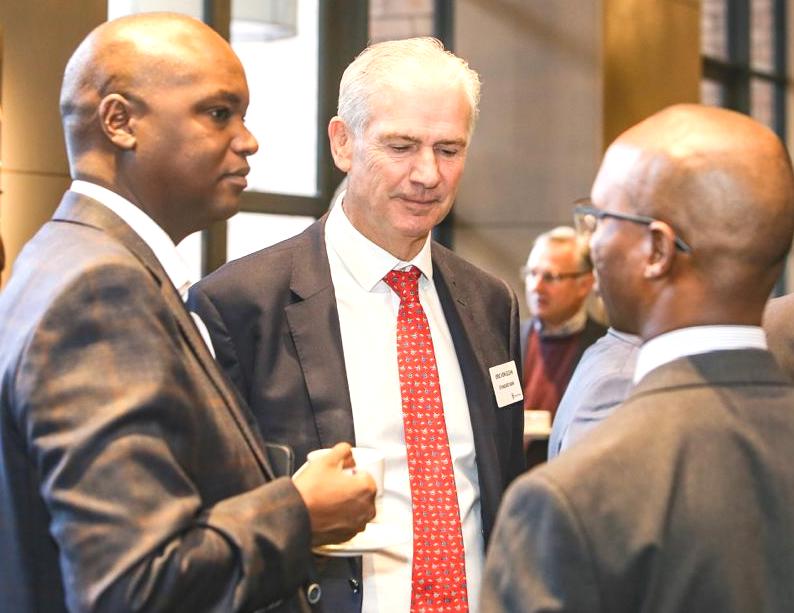 Mweheire shares views with some of the 160 South African investors at the Summit currently taking place in Johannesburg this week.

He was speaking at the First East African Oil and Gas Summit currently underway in Johannesburg, a gathering of potential investors and South African influential business people. Stanbic Bank Uganda is part of the Standard Bank Group, Africa’s largest bank with assets of about $148 billion as of the end of December 2018. The Group is headquartered in Johannesburg.

“East Africa presents South African corporates an opportunity to diversify out of a persistent low growth domestic environment – by deploying their skills and technology to, for example, leverage a minority interest in high-growth companies rapidly expanding across one of the world’s fastest growing regions,” Mweheire said.

He said given the opportunity landscape that has been unfolding in East Africa for over a decade, there is untapped potential for South African businesses.This will be a key area of discussion that Standard Bank will be working to understand at the gathering of about 160 corporate clients.

However, Mweheire said there is need to identify and address any perceived challenges about doing business in East Africa while describing the opportunity from an informed position as a bank long-invested and operational in the region.

He told the business people East Africa represents one of Africa’s oldest trading areas with a deep history of effective integration having almost formed a customs union in the 1970s. Latest efforts at integration have seen regional trade and investment reach 30 pc, the highest in Africa, with goods, services and people moving freely across borders.

Mweheire said, “East Africa’s economies are supported by capital-friendly and globally-focused governments with political will to support and increase foreign investment, business growth and deeper regional integration. At the same time no other African region has so successfully deployed technology to leapfrog the need for legacy transactional infrastructure. With internet connectivity and even Wifi widely available across the region the number of mobile transactions far exceeds traditional bank transfers.This digital economy, literally in the hands of ordinary East Africans, has a huge multiplier effect on business and growth in the regions’ domestic and cross-border economies.”

Looking ahead at East Africa’s coastal markets, especially the connectivity infrastructure being developed, Mweheire said this lends longevity to the regions’ growth proposition. “Over time, East Africa will become even more relevant, servicing the eight landlocked countries to its west as they seek to access trade and growth opportunities in China and India,” he said.

However, while the region currently sources about $30 billion from domestic taxes, it has a development financing gap of about $25 billion. To date China EximBank has addressed much of this need at the government-to-government level.

More recently, however, as sovereign debt levels in the region approach 40 to 50% of GDP, opportunities are opening up for private infrastructure investors in pubic private partnerships (PPPs). Unlike government-to- government projects which often exclude smaller and local players, PPPs generally focus on commercially viable projects with strong, cash-generative, business  cases. “These projects are also highly reliant on domestic and other foreign business involvement, support, supply, operation and outsourcing,” Mweheire said.

He said, “This is where, Standard Bank’s strategic partnership with its majority shareholder, the Industrial and Commercial Bank of China (ICBC), is proving so valuable to our clients as we recognize synergies and jointly seek to link Chinese capital with local and other foreign businesses, skills and operational expertise.”