May 31, 2022 in Business, Companies, Financial Services, Land & Agriculture by Editor 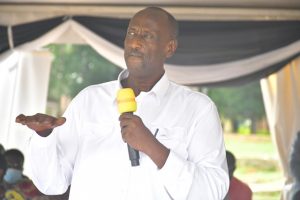 Speaking in Gulu during the launch of the programme for the northern cluster May27, Saleh said it was commendable that Uganda’s largest bank was “coming off its high-horse to partner with local Saccos.”

“Ordinarily, a Sacco would have to provide a stream of documents before it could access even one million shillings in a commercial bank. But with this new offering, you have made borrowing easy for Saccos and our farmers,” Saleh said observing that combined with the government’s Parish Development Model, Operation Wealth Creation and the National Agricultural Advisory Services NAADS, Stanbic’s initiative would help farmers in northern Uganda to expand output and improve their economic status.

Saleh officiated the launch of Stanbic’s Sacco proposition for northern Uganda at Gulu’s Kawunda Grounds, where Stanbic Uganda chief executive Anne Juuko, revealed that the bank had put a side UGX50 billion shillings for exclusive lending to Gulu based the next 12 to 18 months. The fund could be doubledtoUGX100 billion depending on how Saccos’ subscribed to the facility and how diligent they would be in returning monies borrowed, Jjuuko added

Saleh revealed that while government has in the past committed funds to support financial inclusion in northern Uganda through cooperatives, only 68 Saccos had been able to receive UGX 1.68bn because of a cumbersome bureaucracy. This had negatively affected program goals to the extent that despite having built a capacity to store 845,000 tons of agricultural produce, the stores remained empty while the 115 agro-processing facilities in the region were operating at only 30pc of installed capacity.

“The stores are there and the agricultural processing facilities are there as well but the stores are empty. The problem was bureaucracy but Anne Jjuuko’s digitisation has simplified access to funds. The effort we have put into financial inclusion cannot be abandoned now when we are at the last mile and I am happy that Stanbic has done exactly what I envisioned 25 years ago when I tried to take ownership of Uganda Commercial Bank UCB,” Saleh said in endorsement of the bank’s Sacco proposition. 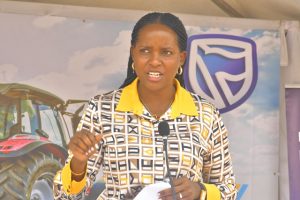 Jjuuko said 2022 is a special year that marks 20 years since Stanbic took control of Uganda Commercial Bank and they were honoring the occasion by going back to the roots of UCB as the peoples’ bank.

“Our new proposition shows the bank’s unwavering commitment to supporting economic growth in the country through supporting various critical sectors like agriculture which are crucial for job creation and income generation, Jjuuko said.”

Quoting statistics from the Uganda Bureau of Statistics UBOS, she said lifting agriculture would be crucial for creating employment for youth in a country that requires 750,000 new jobs a year to absorb new entrants to the labour force. Northern Uganda alone is home to 7.5m people, 80pc of them youth below 20 years and involved in agriculture.

Stanbic’s proposition seeks to lift access to credit in the region by making money available while also improving the financial management capacity of Saccos and Village Savings and Loans Associations (VSLAs). The bank will lend at 10pc to agriculture-based Saccos and 12.5pc for non-agricultural Saccos. Individual Saccos can take unsecured loans to a maximum of UGX200billion repayable in 12-months or a secured term loan of up to UGX1.5billion with a tenor between 12 and 36 months.

“What we seek to do with this new SACCO offering is to share our years of expertise and build the capacity of these organisations to operate at the same level of excellence and in a modern manner, similar to that of a bank. In addition to giving them loans at affordable interest rates, we will also train them to use our online platforms like Flexipay so that they can handle their finances better. They will also benefit from insurance packages that we are offering as a bank,” Jjuuko said.

Betty Aol Ochan, the Woman Member of Parliament for Gulu City cautioned business owners against borrowing from unregulated money lenders who offer financial bailouts but with very unfair and unrealistic terms and borrowers end up having their properties auctioned off.

“Some money lenders are lending money at 10pc interest rate per month and some people think it is small. But if you are paying so much for a month, you have paid an interest of 120pc and no business can survive at such a rate,” said, advising them to embrace options by formal lenders which come at annual rates as low as 10pc.

Borrowers from the Sacco offering will be offered an opportunity to open a Sacco Account which comes with free cash and cheque deposits, free transfers into the account from members and free cash withdrawals. Other conveniences include, free online banking, zero monthly management fees, tiered interest paid on balances above UGX10 million, financial literacy sessions for both the management and selected members, as well as participation in capacity building programmes at the Stanbic Business Incubator. 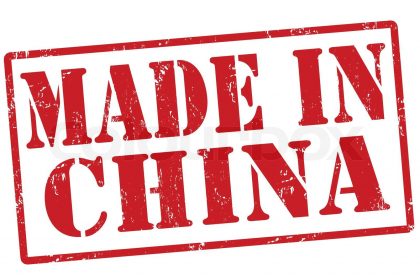 America’s high-profile meeting blighted by Made in China