April 4–Uganda’s largest bank by assets, Stanbic Bank Uganda (SBU), has been named as the Primary […] 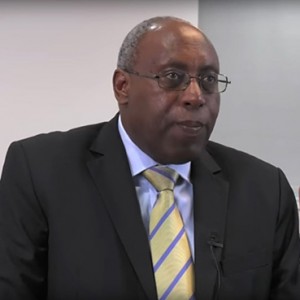 Katto said everyone at SBU is delighted with the latest award which highlights dedication to developing the financial sector.

April 4–Uganda’s largest bank by assets, Stanbic Bank Uganda (SBU), has been named as the Primary Dealer of the Year 2016 for the sixth time. Primary dealers are commercial banks that the Central Bank appoints to buy and sell government securities.

“Primary dealer banks have played a significant role in the development of financial markets which has enhanced the total turnover in the secondary market up by 12.5% to UGX 3.6 trillion in 2016 from UGX 3.2 trillion in 2015,” Emmanuel Mutebile Tumusiime, the Governor, Bank of Uganda said.

The Governor said to achieve the primary award dealer for 2016, SBU relied on its participation in primary auctions, market making capabilities, consistent pricing as well as timely market intelligence.

Receiving the award, Japheth Katto, the Chairman Board of Directors at Stanbic Bank said, “We are very delighted to win this award for six times now, which points to the dedication and efforts Stanbic has put into developing the financial sector”

He said the bank will continue playing its part in supporting BoU, including embedding the proposed reforms and using its branch network to ensure government paper is purchased by as many of their clients as possible.

Mutebile said the demand for government securities was growing stronger and more efficient with the auction bid to cover ratios averaging 1.21 percent. In order to keep the markets growing strong, the Central Bank has introduced some reforms which will allow for all banks to open accounts at BOU for clients, issue and accept bid submission forms and facilitate transactions.