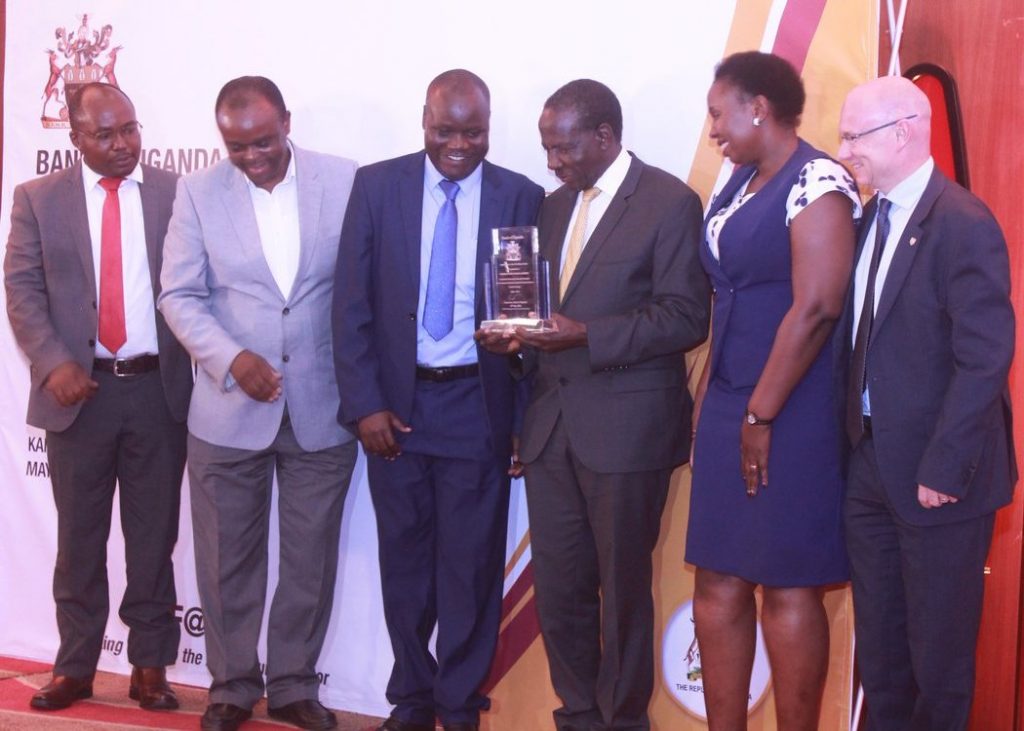 May 31—Financial regulator, Bank of Uganda (BoU), has picked Stanbic Bank Uganda, Post Bank and dfcu Bank as exemplary performers in promoting the objectives of the Agricultural Credit Facility (ACF) which falls under BoU preview.

The ACF was set up by the government in partnership with commercial banks, Uganda Development Bank Limited (UDBL), Micro Deposit Taking Institutions (MDIs) and Credit Institutions to lend money to farms with bankable projects.

According to Louis Kasekende, the BoU Deputy Governor, the purpose of the ACF awards was to recognize the efforts of best performing banks in achieving the schemes objectives while also mobilizing support and growth in agricultural lending.

“Given the objectives that the Facility was primarily set up for, I believe the ACF has been a success contrarily to the belief held by some people that the fund is not working and is inaccessible for the majority of farmers. We have seen an increase in agricultural credit financing and an improvement in agricultural production,” he said.

All ACF loan applications are channeled through the PFIs. The PFIs analyse the loan requests as per their credit policy to ensure that only eligible projects are financed. The PFIs disburse their own funds to eligible projects and subsequently request for reimbursement of the government contribution from BoU.

Finance minister, Matia Kasaija who presided over the occasion said, “Agriculture is the only sector that can guarantee growth for the majority of Ugandans. I am told there has been improvement in agricultural financing, but a lot still needs to be done.”