May 5— There was an improvement in business conditions during April for agriculture, services and wholesale […] 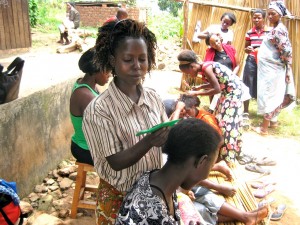 The services sector reported an improvement in business conditions, but construction activity fell off in April.

May 5— There was an improvement in business conditions during April for agriculture, services and wholesale & retail, but construction and industrial firms recorded declines according to the latest Stanbic Bank Uganda Purchasing Managers’ Index (PMI) which remained unchanged at 53.5.

At 53.5 in April, unchanged from March, the seasonally adjusted PMI showed an improvement in Ugandan private sector business conditions. The latest expansion was the third in as many months. The PMI reading was above the average for the opening quarter (50.7), reflecting a solid start to the second quarter for the economy. Meanwhile across the border in Kenya, the PMI rebounded to 50.3 after dropping in March to 48.5.

In Uganda, four of the sub-components underlying the PMI calculation (output, new orders, employment and stocks of purchases) exerted a positive influence. Only the trend in suppliers’ delivery times exerted a negative impact.

Ugandan private sector output and new orders both expanded for the third successive month in April. Where an increase in either was reported, companies generally linked this to robust demand from the domestic market. In contrast, the trend in new export business contracted, continuing a trend observed in each month since the survey started in June 2016.

The ongoing expansion of the Ugandan private sector spurred further job creation at the start of the second quarter. Almost 11% of surveyed companies reported an increase in staffing levels compared to only 6% seeing a decline.

Jobs growth also led to inflation of average wages and salaries during April. Three of the sectors seeing higher wages and salaries also reported an increase in staffing levels (agriculture, industry and services), while constructors saw decreases in both. The only category to buck that trend was wholesale & retail, where staff costs rose and employment fell. 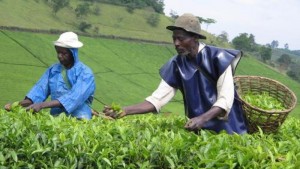 Latest returns show that agriculture was among the sectors that saw higher wages and salaries.

Average purchasing costs also rose in April, reflecting increased prices for animal feed, food stuffs, raw materials and sugar. Higher cost burdens were passed on to clients, leading to a further increase in output charges. Over 13% of companies reported higher output charges, compared to less than 4% that indicated a reduction. The main factor underlying increased selling prices remained rising input costs. Charges rose across all of the sub-sectors covered by the survey.

The quantity of goods purchased by Ugandan private sector companies increased again in April, continuing the trend seen since the survey began. Where an increase in input buying activity was registered, anecdotal evidence indicated that this was due to rising output requirements and to replenish inventories. Purchasing volumes rose in the services and wholesale & retail sectors, but declined in the other categories covered.