August 23, 2018—Most of us know land is an important factor of production. Many of us will even let it lie idle thinking it will appreciate in value as time goes on writes Jackson Emanzi. 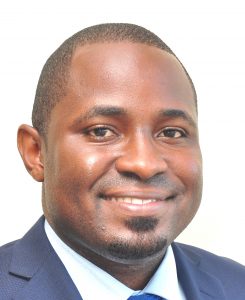 But how many of us actually use it to get equity in terms of cash which one can then use for other developmental needs when used as collateral for credit financing?

Naturally banks will ask for a title deed, but more often than not, many customers may not have one due to the different land ownership systems currently in Uganda.

The Mailo Land Tenure system is peculiar to Buganda arising from the 1900 Buganda Agreement between the British government at the time and the Kingdom of Buganda.

By this agreement, chunks of land were given to some individuals to own in perpetuity. The Buganda royal family received 958 sq miles as private Mailo land while chiefs and other notables received eight square miles each.

The peasants who previously occupied this land were not recognized and became tenants meaning they had to pay rent, (commonly known as Busulu)  to the relative landlord. The Mailo owner was and still is entitled to a certificate of title.

In western parts of the country, Freehold Land Tenure is the prevailing system. This involves owning land in perpetuity under agreements arranged between the various Kingdoms and the British Government.

Leasehold is a system of owning land on contract. A grant of land would be made by an owner of freehold or Mailo or by the Crown or Uganda Land Commission to another person for a specified period of time. Certain conditions are attached including but not limited to the payment of rent.

On the other hand, the grantee of a lease for a period of three years or more is entitled to a certificate of title.

The Customary system is where the land is owned communally perhaps by a clan. It has two broad classifications; communal customary tenure predominantly found in the northern and eastern parts of Uganda.

Then there is the individual/family/clan customary tenure prevalent in central, western, parts of the north and south western Uganda. Customary tenants could be in occupation of Mailo-land, Freehold, Leasehold or Public land.

Under these circumstances banks are in sticky position and obviously require authentic documentation be it Freehold, Mailo or Leasehold.

Yet, there are those, especially under Mailo, who do not necessarily have titles to the land and but hold bibanja agreements which recognize them as occupants but not necessarily owners of the land–hence no land title.

Until now, their chances of applying and getting approvals for affordable financial solutions have been limited or non existent.

What we have done as a bank, is to go further down the ecosystem. To begin with, we are offering those with dwellings on Kabaka’s land to apply for financing solutions to enable them process land titles.

Bank approval means one will have the money to acquire the lease hold title and can still get more funds as equity release or fund completion once the title has been delivered to the bank.

This solution is available to both salaried and self-employed (business) customers. We grant repayment periods of up to 24 months at the best interest rates in the market and the entire loan process to disbursement lasts not longer than 48 hours.

The journey to acquiring your own house in Uganda starts with land ownership. At Stanbic Bank, we can now finance a customer from the acquisition of the land to later constructing a house.

As opposed to keeping the purchased plot of land in speculation that it will appreciate in value before resale, we now have a solution that enables the client to release equity/ get a cash out against the estate they already own. These funds can help one start construction and the bank would in turn finance the completion. Other than the construction or development of the same land, the cash can alternatively be used for diversification of one’s business or recapitalization.