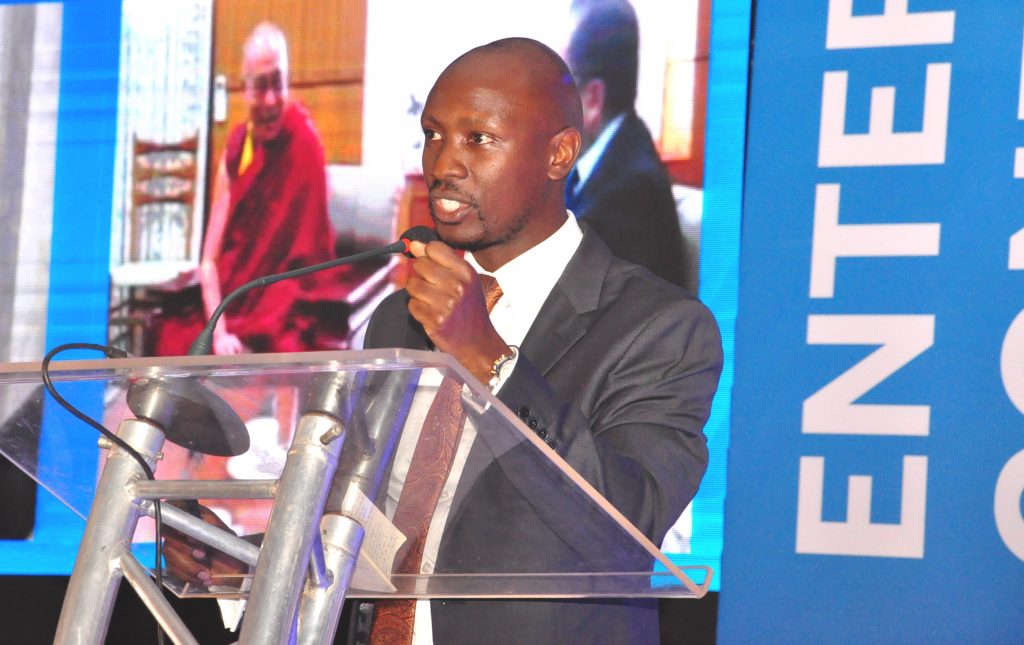 Sejugga said it is important to prepare SMEs to help them tap into these opportunities, win contracts and be part of the value chain that is going to deliver First Oil.

Stanbic Bank has taken the lead in supporting government’s efforts to promote local content in the oil and gas sector.

Earlier this year, the Uganda government announced that commercial production of oil has been pushed forward to 2022 from 2020 as financing and subsequent construction of vital support infrastructure is yet to be finalised.

Out of the 6.5 billion barrels of crude discovered in western Uganda, about 1.5 billion is recoverable. The planned expenditure of between $10 billion and $20 billion over the next 10 years includes news roads to service the oilfields, a new initial 30,000 barrel refinery and a 1450 kilometre pipeline to the Tanzanian coast at Tanga port. Add to this is a new airport already under construction. However local involvement in terms of winning contracts for the hundreds of smaller projects remains a huge concern for both the government and local businesses.

In the private sector probably no one has championed the opportunities opening up for Uganda’s small and medium businesses (SMEs) quite like Stanbic Bank.  It has also taken a lead  in supporting the government’s efforts to promote local content by organizing interactive talks with segments of the SME community who can share up to $6 billion in service contracts.

Early this week, the bank hosted the second edition of the Stanbic Enterprise Conference under the theme, ‘Unlocking the Oil and Gas opportunities for local Enterprises’. The talks and discussions focused on providing a platform for SMEs to exchange ideas on how they can tap into Uganda’s budding oil and gas industry.

“As Uganda becomes an oil and gas producing nation, it is important to ensure businesses maximize the opportunities therein. The SMEs are eager to be in this space and we are here to support them. Uganda’s oil and gas sector is expected to attract investments of about $20 billion with about $6 billion expected to be retained into Uganda’s economy. It is therefore important to prepare SMEs to help them tap into these opportunities, win contracts and be part of the value chain that is going to deliver first oil,” Stephen Segujja, Stanbic Bank Head Enterprise Banking said.

Total E&P, China Offshore National Oil Corporation (Limited) and for the time being, Tullow Oil are the leading companies involved with Uganda’s oil and gas sector. Production licenses have been issued by the government, but the former two are still waiting for Final Investment Decisions that will signal further large scale spending towards starting commercial drilling.

According to the 2014 Industrial Baseline Survey (IBS), titled, ‘A survey to foster opportunities for Ugandans in the Oil and Gas sector’, Uganda’s petroleum sector will generate 100,000 to 150,000, direct and indirect jobs. However, limited information, lack of skills, poor infrastructure and administrative bureaucracy among others are listed as handicaps. The survey also showed that only 25 industries of the 420 surveyed in Uganda had high potential to supply the sector.

Segujja said, “Ugandan SMEs contribute 40 pc  to 50 pc of Gross Domestic Product (GDP) making them engines of growth that account for up to 99 pc of Ugandan businesses. There are 250,000 registered SMEs in the country but most of these are informal and lack the tools to keep them sustainable. This is why as a bank we have this annual conference to address some of the challenges facing business.”

Over 700 business people attended the event which also featured two panel discussions made up of various officials closely involved with the oil and gas sector.

Tony Otoa, the Head of the Stanbic Business Incubator said, “We have been running a training facility for SMEs for a year now that equips businesses with skills needed to be sustainable while preparing them to participate in the oil and gas sector.  So far, we have seen over 500 entrepreneurs from over 150 businesses benefit from the incubator.” He said, “Many of these have shown impressive growth in terms of finances and compliance while others have expanded operations. This is proof that our local businesses are capable of taking up opportunities in the sector and should therefore not be left out but rather should be empowered.”