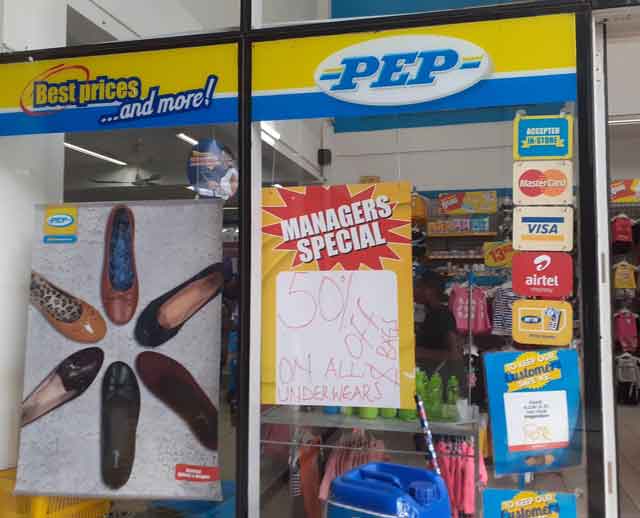 South African retailer PEP Stores has drawn the curtain on its Ugandan operation, ending a bold […]

South African retailer PEP Stores has drawn the curtain on its Ugandan operation, ending a bold five-year push that was ultimately unsuccessful. With only one store still open in Kampala, the retailer is winding down to its target of exiting Uganda by year-end.

The discount retailer who blames the decision to quit on impacts of the Covid-19 pandemic and the subsequent three months lockdown, started scaling back its Ugandan operation in July, progressively shutting down the 14 stores it was operating across the country.

Considered Africa’s largest single brand retailer, PEP entered the Ugandan market in 2016 and rapidly ramped up its presence into the major population centres. But the retailer was up against a fragmented and complex market made up of thousands of small outlets operated by direct importers who offered the same product proposition.

An attempt at aggressive pricing by PEP, instead drove down margins to a point where the business became unsustainable. The retailers’ departure highlights a rapidly shifting marketplace and a coming of age of indigenous retailers and stockists. While a couple of South African retailers such as Shoprite and Game stores persist, the past five years have been particularly harsh for foreign retailers. Kenyan chains Uchumi, Nakumatt and more recently Tuskys, have all exited the Ugandan market under a blaze of debt during that period.