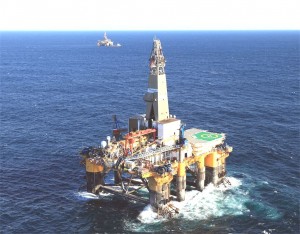 The seismic data that South Africa has assembled to date points to vast potential especially in the Outeniqua Basin in the South East Cape.

November 23—With the latest iteration of South Africa’s Mineral and Petroleum Resources Development Act expected to be completed by the end of 2017 and the Integrated Energy Resource Plan nearing completion, South Africa is set to leverage its largely unexplored and underdeveloped oil and gas sector to re-ignite growth able to drive broad and inclusive participation across the entire economy writes Khwezi Tiya

The depth and cost of both off-shore and on-shore hydro-carbon exploration in South Africa means that it is expensive to undertake. Since, historically, few exploration wells have been dug in South Africa, the country, remains relatively under-explored, exhibiting much more closely the characteristics of a frontier hydro-carbons market.

To date, potential investors have only commissioned more easily and cheaply produced seismic tests, avoiding investment in much more conclusive – and costly – drill data from exploration wells. That said, the seismic data that South Africa has assembled to date points to vast potential, especially in the Outeniqua Basin in the South East Cape and shale in the Karoo. Both the eastern and western seaboards also present large hydro-carbons potential which is potentially relevant across the country. This has important implications for broad economic inclusion, especially amongst the historically disadvantaged, communities and regions currently excluded from meaningful economic participation.

For investors to invest properly in more expensive drill exploration, however, they require policy certainty. Encouragingly, the impending finalisation of the Mineral and Petroleum Resources Development Act looks set to provide exactly this kind of certainty,

In anticipation of the passing of the amended act, and given the scale and complexity of the investment required, corporate activity is already seeing the ‘farming in’ of both local and global capital and resources in anticipation of what is likely to be a game-changing moment in the history of South African development.

Although South Africa is still at least three years away from the start of even the initial build, global majors such as ExxonMobil, Statoil of Norway, ENI of Italy and Total for example have already entered into partnerships to explore and develop South Africa’s oil and gas potential.

While the Mineral and Petroleum Resources Development Act could not come at a better time for South Africa’s low growth economy, it also demonstrates just how important policy is in creating the conditions for the kind of growth that will also drive socio-economic transformation.

Since the historic exclusion of the majority of South Africa’s people from the formal economy has weakened the ability of many South Africans to benefit from growth, getting more South Africans invested and employed in the country’s emerging hydro-carbons sector is a critical and non-negotiable element of growth. 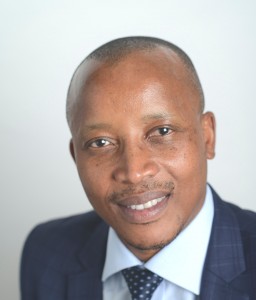 Tiya says the State is well-positioned to empower black industrialists to participate in partnership with international investors in whatever infrastructure will be required.

Making inclusive growth a key element of policy will allow the investment that South Africa’s hydro-carbons industry is likely to attract, to reverse the current low growth and investment cycle resulting from high concentration and no confidence – by including a broad swathe of the South African population in meaningful economic participation.

South Africa’s refined petroleum needs are currently being met by a combination of limited domestic refining capacity complemented by imports. South African policy makers are yet to decide whether to support the expansion of the domestic refining industry – or look to longer-term supply and off-take agreements with global centres of refining excellence, in the Gulf, India and South East Asia for example.

Whether developing a domestic refining and distribution network, or enabling the global sales and export of bulk hydrocarbons and re-import and distribution of refined product. The state is well-positioned to empower black industrialists to participate in partnership with international investors in whatever infrastructure build and facilities operation that the development of this industry will require.

For the time being, we are projecting more than ZAR4 billion of investment in the development of storage facilities over the next four years, which are likely to be black-led projects with international partnerships. In time, complemented by hydro-carbons extraction, refining or export and re-import, the state’s capacity to drive growth in a way that includes previously economically excluded South Africans in the country’s hydrocarbons industry is vast.

Oil and gas drilling, production, storage, distribution and retail, for example, solve a number of growth and social development issues.

The convergence of growth and transformation represented in drafts of the Mineral and Petroleum Resources Development Act seen to date recognises the potential that South Africa’s hydro-carbons sector holds to develop a more sustainable economy.

The Act might just be the key for South Africa to begin unlocking growth in other sectors, driving economic transformation and inclusion through sustainable local and global investment that drives long-term job-creating growth across skills sets, includes multiple sectors, and is spread widely across the country.