Somasekhar takes over at Airtel Uganda

August 10— Anwar Soussa, until recently Airtel Uganda Managing Director, has left his job after only […]

August 10— Anwar Soussa, until recently Airtel Uganda Managing Director, has left his job after only one year and apparently gone off to take up ‘a better offer’ elsewhere. 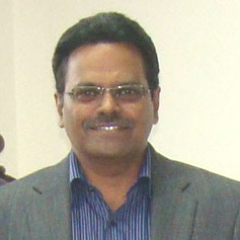 This is Somasekhar’s second stint as boss of Uganda’s second biggest mobile network.

Airtel Uganda is the second biggest mobile network in the country. The telecom’s publicist, Faith Bagonzi said Soussa had made a “personal decision” to leave, however she was quick to add that he leaves the company the same way he came in – “on a high note.”

Soussa  has been replaced by V.G. Somasekhar, who has been Director – Special Projects, Airtel Africa. Soussa joined Airtel Uganda in June 2016 and under his leadership, the telecom won a number of accolades including Best performing OpCo in Africa, Best OpCo in data growth and Best OpCo in distribution excellence at the 2017 Dubai Conclave.

In a statement, Airtel Uganda said Soussa’s “departure comes as a result of a personal decision to take up a new and exciting opportunity outside Airtel.”

Somasekhar began his career in Modi Xerox and in his eleven-year tenure he held various responsibilities in India. According to Airtel, the new MD’s career highlights include running telecoms as business with end to end P&L responsibility, experience of emerging markets across India, Africa and exposure to Middle East where he has managed business cycles of start-up, scale-up, transformation and mergers and acquisitions.

In Uganda, Somasekhar led Airtel Uganda from December 2010 to February 2014, during which period he oversaw the acquisition of Warid telecom interests in Uganda by Airtel. Airtel was launched in Uganda in June 2010 and currently has about seven million subscribers.