September 21—The continued trade disputes, mostly between Kenya and Tanzania, are putting pressure on negotiators involved […]

September 21—The continued trade disputes, mostly between Kenya and Tanzania, are putting pressure on negotiators involved with giving teeth to the East African Community Competition Authority. 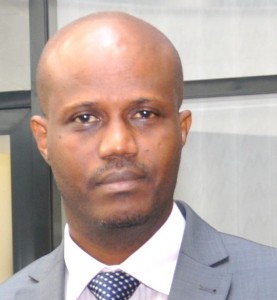 Amb. Mfumukeko said the EAC markets have to do away with anti-competitive practices.

Implementation of a policy to ensure a fair playing field, which is vital for a common market, is nearly two years behind schedule. Burundi, Kenya, Rwanda, South Sudan, Tanzania and Uganda make up the East African Community(EAC), but South Sudan was not an active participant of the latest talks held last week .

During the Second Meeting of the five Competition Authority Commissioners and staff of the EAC Competition Authority, at the EAC Secretariat in Arusha, Secretary General, Amb. Liberat Mfumukeko highlighted the importance of competition law and policy in the facilitation of regional integration.

“The EAC markets pose challenges to investors and consumers including the charging of high prices arising from anti-competitive practices such as cartels. These practices impede effective competition in the markets,” Amb. Mfumukeko said.

Basic to any competition law, is limiting the emergence of dominance in a market that abuses consumers rights.  The Authority would regulate anti-competitive practices by companies to ensure that they do not create cartels and monopolies that hurt the EAC Common Market.

In a statement, Sam Watasa, the Chairperson of the Commissioners, said full operationalization of the Authority would help to address market distortions that affect private sector investments.

However, he said development of a regional competition policy and law was at different levels of implementation. Kenya and Tanzania have operational National Competition Agencies, Rwanda and Burundi had enacted laws, but are yet to be operationalized. In Uganda there was a draft Competition Bill.

Watasa predicted that once the Authority becomes fully operational, the processes of operationalizing competition laws in Partner States will be improved.

Amb. Mfumukeko told the Commissioners he was hopeful that they will create an impact in the Community as they play a critical role towards leveling competition regulation across the Partner States.