March 20, 2018- It is back to the drawing board for petroleum retailer and Shell licensee […] 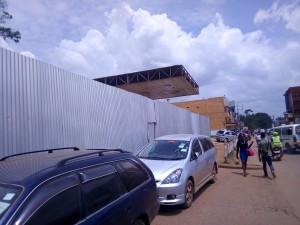 March 20, 2018- It is back to the drawing board for petroleum retailer and Shell licensee Vivo Energy, after losing a long drawn land dispute over part of its Bombo road service station in Wandegeya.

Half the station was demolished late last year to give vacant possession to a portion of land that Shell inadvertently bought during the nineties from people that had fraudulently acquired title to the property.

Vivo Energy did not volunteer information on how much it paid out in damages but sources familiar with the dispute told 256BN that close to UGX 500 million was awarded in damages against Shell.

“The facts regarding the case of Shell Bombo road are that there was a dispute on the land occupying Shell Bombo road. The dispute was between Vivo Energy Uganda (Shell licensee) and another individual. The court required that we hand over part of the land and as a law abiding company we have fulfilled this obligation.

“We have plans to develop the remaining portion to continue serving our customers and the details of the developments will be communicated in due course,” Vivo Uganda Manager for Corporate Communications Cerinah Tugume said in an email statement.

The settlement saw Shell lose the service bay and the convenience store that have since been demolished. The company has since fenced off the remaining parcel of the property. The dispute dates back to the mid-nineties when a bullish Shell embarked on expanding its footprint around the country, building a series of new-look service stations that offered convenience beyond the traditional drive and fill-up service.