Louis Kasekende on Shaping the future of Smallholder financing in Uganda

Louis Kasekende The modernisation of agriculture is probably the most important developmental challenge facing Uganda; without […] 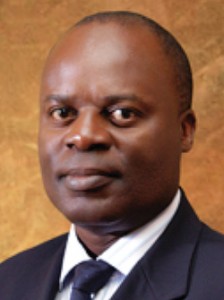 The modernisation of agriculture is probably the most important developmental challenge facing Uganda; without agricultural modernisation it is very difficult to envisage how Uganda’s economy will ever be able to achieve middle income status.

The vast majority of farmers in Uganda are smallholders and they produce almost all of the country’s agricultural output. Ninety six percent of total farm output in Uganda is produced on farms of five hectares or less in size. There is no feasible route to agricultural modernisation which does not place the smallholder at its centre.

Although Ugandans often perceive themselves as “blessed by nature”, our agricultural performance has been poor for several decades. Aggregate output growth has been weak and the growth that has occurred has largely been the result of increases in land acreage under cultivation and increases in the agricultural labour force. Both average land and labour productivity have been stagnant for decades. The 2012/13 Uganda National Household Survey indicated that two thirds of farmers are classified as subsistence farmers. An earlier survey found that even the most commercialised quintile of farmers marketed only fifty percent of their output.

Modernising smallholder agriculture in Uganda will require helping farmers to improve their farm practises, utilise more modern farm inputs, especially high yield variety (HYV) seeds and produce more output for the market, thereby raising yields per acre and labour productivity. We know, from the work done on demonstration plots supported by development agencies that farmers can, in principle, achieve large increases in their crop yields even with relatively low input technologies combined with the adoption of good agricultural practises. Ugandan smallholder farming has the potential for transformation but the constraints to this transformation are both large and multifaceted. A lack of access to finance by smallholders is one of these constraints, although not necessarily the most binding constraint for the majority of smallholder farmers at this early stage of agricultural development.

To tackle the multiple constraints to the modernisation of smallholder agriculture, we need to adopt, and persevere with, a holistic long term approach. Such an approach should have four key components.

The second component of a holistic agricultural strategy should be to strengthen land rights. As in many African countries, land tenure systems in Uganda are often complex and the ownership or usufruct rights of farmers are often unclear and insecure. This deters farmers from making long term investments in land improvements and it is also an impediment to access to formal sector credit, because land with unclear ownership is not suitable for loan collateral.

The third component is better rural infrastructure, especially rural feeder roads. The commercialisation of farming is impeded by the high costs of transporting farm inputs and outputs, from farm gate to and from the market, because of poor roads. High transport costs drive down farm gate prices of farm output and drive up input prices, which undermine the commercial viability of farming. More public investment in the construction and proper maintenance of rural feeder roads is essential to support the modernisation of smallholder agriculture.

The fourth component is improved access to finance. As I noted earlier, this may not be the binding constraint for many smallholders, especially subsistence farmers. Access to finance will only benefit those farmers who have the knowledge and capacity to use purchased farm inputs to raise their productivity in a manner which generates profits and which does not expose them to a potentially ruinous level of risk. This probably currently applies to only a minority of smallholders in the country, although the number of smallholders who could benefit from finance should rise substantially if the other constraints to agricultural modernisation are effectively tackled.

In formulating policies for the development of agricultural finance best suited to support the modernisation of smallholder farming, it is necessary to address two important questions: what specific type of financial services do smallholder farmers need? And what types of financial institutions are most appropriate for delivering these services? A third important question is whether the provision of finance to smallholders warrants any form of public subsidy. I will not attempt to provide comprehensive answers to these questions but I will offer some thoughts on them.

Smallholder farmers will probably need a range of financial services, beyond the provision of credit, to support their efforts to modernise. These services will include savings and probably insurance products. The latter are especially important to mitigate the risks that arise from possible crop failures and the volatility of farm gate prices, which are a deterrent to commercialisation.

I don’t think it is likely that commercial banks will be the main vehicle for providing financial services to smallholder farmers, because the banks’ business models entail transactions costs which are too high to make serving customers with micro-savings and micro-loans commercially viable. Instead other types of financial institutions which can access customers at lower cost and develop lending models which can mitigate the risks of lending to customers with little formal collateral are more suited to providing financial services to the smallholder sector. These institutions include microfinance institutions, including those which take deposits, and savings and credit cooperatives (SACCOs).

There may be a case in principle for subsidising the provision of financial services for smallholders, because rural financial markets are undoubtedly afflicted with market imperfections, but I don’t think it is a very compelling one in practise. Clearly the public resources available for supporting agricultural modernisation are highly constrained and it would be a more efficient use of these scarce resources to focus them on providing public goods such as agricultural extension services rather than in reducing the cost of credit. Furthermore, the availability of subsidised credit creates incentives for its misallocation; it is very difficult to target subsidised credit effectively at those borrowers who need it the most and prevent it being diverted to richer farmers instead.

Finally I want to stress the importance of more research into all aspects of agricultural finance and its efficacy for agricultural modernisation. The characteristics of smallholder farming in Uganda are very heterogeneous. What types of agricultural finance work best in different circumstances (different crops, different land tenure systems, etc) is mainly an empirical question for which economic principles can only take us so far. There is no substitute for detailed empirical research, for example research involving randomised controlled trails. I hope that Ugandan researchers will take up this challenge and help to guide us in charting the way forward for agricultural modernisation in Uganda.

Dr Louis Kasekende is the Deputy Governor, Bank of Uganda