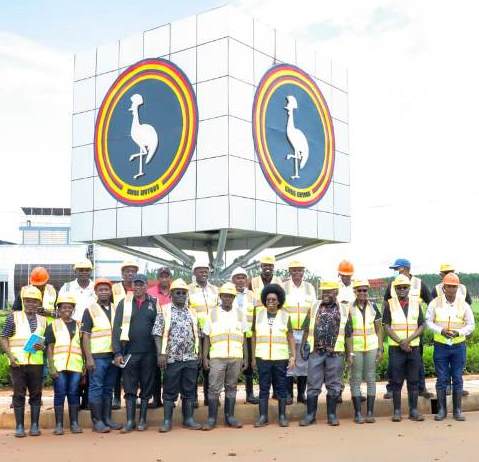 Aspiring indigenous players in Uganda’s automotive value chain will need to align their vision with government goals, and open their minds to learning, before they can expect to access public funding for their innovations.

The stark message was delivered December 10, by Dr. Monica Musenero, the Minister of Science Technology and Innovation STI, during a meeting with more than 20 informal sector mobility tech-preneurs where she took them through the innovation path from ideation through prototypes to commercialization. 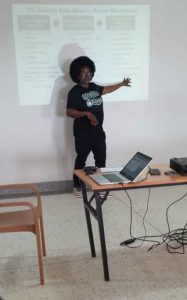 The meeting which was held at the Kiira Motors Vehicle Plant in Jinja, came against a backdrop of grumbling from local innovators who believed the ministry was marginalizing and denying them a share of the money put in the innovation fund.

Musenero told them that for their innovations to merit support, they must go beyond egocentric motivation and have public or commercial utility to them. The promoters would then need to meet minimum requirements such as sound project proposals with clear milestones and governance structures before public money can be released to support them.

She explained that while government had set up the Innovation Fund to support local innovators; those interested in it have to follow the set procedures and protocols in before they can access funding.

“It makes no difference if it is the president who told me to give you money. This is public money and there are processes and protocols which you must follow before funds can be disbursed. We all have to be accountable for government money because government money is neither mine or the President’s. Those procedures are there to protect public money and accessing it requires you to be patient and open to learning,” she stressed.

And while most of the time innovators believe that their problems are financial, their requirements can be technical, which would require support in form of incubation. For this reason, the STI Secretariat under the President’s Office had set up a one-stop-centre where innovators can be support in others ways beyond money, to bring their innovations to scale.

“The innovation journey is long, tedious and requires commitment. It begins with ideation, concept development, proof of concept through testing and technical validation. The process can be frustrating with many pitfalls before you get to commercialization,” she explained.

Innovators must also develop relevant business structures and be flexible to ensure that they can grow beyond  prototypes. ” If you look at the journey of Kiira Motors, they started with the Kiira EV, the Kiira SMACK Hybrid but now you are seeing the Kayoola Electric Coach and the Kayoola Diesel Coach. That is be cause they were responding to the evolving market reality and that is why they are succeeding,” Musenero added.

The meeting was also attended by successful innovators who shared testimonies of their experience working with the STI Secretariat and other players in the mobility ecosystem such as Kiira Motors and Makerere University.

Richard Madanda, the Director Product Development at Kiira Motors, shared the Kiira Motors development journey, saying surviving the journey from idea to commercial product, requires one to have faith in their ideas, perseverance and always keeping the picture in mind.

Before the meeting, the Minister toured progress of works at the Kiira Vehicle Plant where Phase 1 has reached 99pc completion while Phase 11 was at 37pc.

KMC Executive Chairman, Prof. Sandy Stevens Tickodri-Togboa explained that phase one had been stuck at 99pc for some time because the pending work integrates into phase two. Tickodri who told the innovators that KMC had always been to collaboration with innovators from the informal sector, gave the example of the Kiira EV, whose entire body frame  was built by an informal technician from Katwe and the Kayoola Solar Bus that was put together through collaboration with informal sector fabricators.

Appraising the minister on progress, KMC chief executive Paul Isaac Musasizi said funding hurdles were now out of the way a mid-2023 completion date of both phases was now feasible .