January 16—Middle East Consultants (MEC) Limited, a Ugandan job placement firm specialising in that region of the world, says it has openings for 1000 qualified civil engineers in Saudi Arabia. 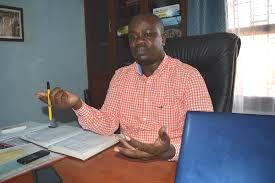 Mugyenyi said the agreement between the Kingdom and Uganda would open doors for more opportunities for qualified applicants.

This comes in the wake of a recent agreement signed between the Kingdom and the Uganda government over the issue of workers’ rights and formalising migratory employment between the two countries. Most of Saudi Arabia’s foreign workers come from South Asia, mainly Nepal, Bangladesh and India.

Gordon Mugyenyi, the MEC executive director told 256BN. “That agreement is going to open a lot of doors for Uganda to export all our energetic, young educated professionals. In fact, unemployment in Uganda is going to be no more in the next five years,” he said. Recruitment firms earn commissions off each worker they export.

He said the 1000 are needed by a Saudi construction company, but other vacancies will also soon be announced. “The good thing is Saudi Arabia is providing us free air tickets and visas and they are paying highly so it will be easy to export more professionals. We are already in consultation terms with the recruiting companies from Saudi Arabia on the salaries that each profession can take and once that is completed, we expect to see quick results because the jobs are there in huge numbers,” Mugenyi said.

In late December, Janat  Mukwaya, the gender, labour and social development minister signed on behalf of the Uganda government and said, “Originally Uganda had an agreement with Saudi Arabia to recruit only domestic workers. However with the new agreement, all professions will be allowed. We also signed off on the amended Labour Agreement on Domestic Workers earlier signed in 2015 to specifically streamline the operations of the labour externalization sector with focuses on fighting against trafficking and violation of workers’ rights.”

However, Mugyenyi asked Ugandans to be cautious and avoid being conned.  He said, “The complaints about sexual and physical harassment of Ugandan workers that are in the media are because some Ugandans are using dubious unregistered companies and individuals who give them tour visas instead of employment visas or dump them in countries without any protection or security. Hence once they face problems, there is no one to consult or report to. That is why I advise Ugandans to always use registered and satisfied companies.”

He said the Uganda Association of External Recruitment Agencies, an umbrella for licensed local recruiters, monitors legitimate migrant workers hand in hand with their counterparts in the recipient countries to make sure all are treated well.

Mugyenyi said the recruiting companies are in talks with the Ministry of Gender, Labour and Social Development to consider diverting some of the youth fund money to external labour recruitment so that processing fees can come down and become more affordable, especially to financially disadvantaged youth unable to afford the UGX 3 million (nearly $850) that is currently being charged.

“This money can be channeled to different recruitment companies who will have to provide accountability to the Ministry. This way, a lot of Ugandans will be able to go out and find themselves jobs,” he said.