KAMPALA, JUNE 15 – Kenya-Uganda railway concessionaire Rift Valley concessionaire has filled what was close to a year-long void in the ranks of its western operations by tapping Joram Nyanzi as its new General Manager. 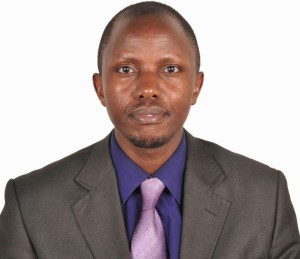 Nyanzi whose appointment was effective June 1, replaces Mark  Rumanyika who left RVR a while ago, to pursue his interests.

Stationed in Kampala, he will be responsible for RVR’s commercial and operational cycle in Uganda and Western Kenya. His appointment comes on the shoulder of the company’s transition from the investment to the commercial phase and Nyanzi will be in the thick of ensuring a smooth move.

Nyanzi has more than 20 years’ experience in the logistics and freight forwarding industry under his belt, where he served in a number of high level management positions, most recently as the Managing Director of Spedag Interfreight Uganda Ltd.

He holds a Post graduate Diploma in Human Resources from Uganda Management Institute, and a Bachelor of Arts degree in Social work and Administration from Makerere University.

RVR has so far invested $270 million in new rolling stock, automation and rehabilitation of the 1200 km long rail line to Kampala.