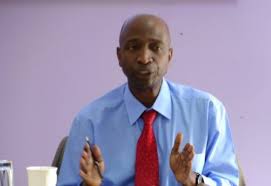 KAMPALA, JUNE 22 – The appointment of Ernest N.T. Rubondo as Executive Director of Uganda’s Petroleum Authority not only brings much needed confidence to the sector but indicates quiet progress towards oil production. Emerging information indicates that Rubondo, currently the Director for Petroleum in the Ministry of Energy and Mineral Development has been selected for the position.

Selecting a Ceo for the Petroleum Authority completes the administrative loop necessary for implementation of the National oil and gas Policy and signals the impending issuance of production licences.

Uganda initially aimed at commencing oil production in 2018 but there have been several slippages with key infrastructure such as an export pipeline and a domestic oil refinery yet to be   built. Timelines have now shifted to the early 2020’s, especially now that the key question of the routing of a crude export pipeline has been resolved in favour of  the  southern route through Tanzania.

Coming hot on the heels of the appointment of Josephine Wapakabulo as Executive Director at the National Oil Company earlier this month, Rubondo’s posting at the Oil Authority places the country’s nascent oil and gas administrative structure in the hands of two people of proven integrity and experience.

Rubondo has been intimately involved in Uganda’s oil and gas programme. He joined the search for oil in Uganda soon after completing an MSc in Petroleum Reservoir Geology at the Imperial College of Science, Technology and Medicine in London in 1990.

He participated in field geological and geophysical data acquisition as the country put together the information that prospectors such as Heritage Oil & Gas and Tullow Oil would use to discover petroleum reserves now estimated at 6.3 billion barrels from 40percent of the area so far explored. He has been involved in the hard-knuckle negotiations with oil companies that saw Uganda secure some of the better Production Sharing Agreements in the industry. It is also to his credit that Uganda chose to share the resource rather than revenue with the oil companies.

Coupled with Josephine Wapakabulo, the duo is bound to provide a formidable bulwark against the kind of selfish deal-making that has become synonymous with Uganda’s energy sector.