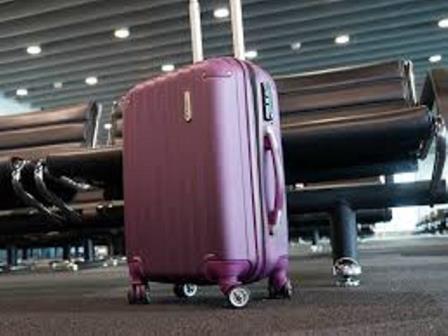 The world’s airlines and airports reported 9.9million passenger bags lost or misdirected during 2021 as passenger […]

The world’s airlines and airports reported 9.9million passenger bags lost or misdirected during 2021 as passenger numbers recovered to 2.28 billion. Air transport industry IT and communications systems provider SITA says the number, while below historical highs, was 24pc above mishandlings recorded during 2020, and was indicative of the mismatch between human resources at airports and rebounding passenger traffic as the industry recovers from Covid-19 disruptions.

Global airline lobby IATA is projecting a full industry recovery around the 2023/24 timeframe in the major markets while Africa is expected to lag by a year.

The baggage losses averaged out 4.35bags for every 1000 passengers. “Airlines, ground handlers and airports all downsized to make do with less in order to maintain viability during the pandemic.   However, this has led to a shortage of resources and expertise dedicated to baggage management and, unaddressed, it may see baggage mishandling rates continuing to become much higher than they were pre-pandemic,” SITA chief executive David Lavorel, says in the 2022 Baggage IT Insights report.

The baggage losses were 77pc lower than the 2007 record of 2.46 billion passengers and 46.9 million mishandled bags. However, minus intervention and adoption of digital solutions, SITA sees the numbers easily surpassing the 25.4 million bags that were mishandled in 2019 when 4.54 billion people travelled by air.

SITA says pressures to flatten the cash burn-curve, while maintaining efficiency was driving a growing number of airlines and airports to adopt digital solutions. Ninety percent of airlines and three quarters of airports are planning to introduce touchless unassisted self-bag drop that use kiosks and passenger’s mobile devices by 2024.

“One of the most pressing demands during the recovery period is doing more with less. Investments in technology that allow for greater automation and self-service are now a priority, enabling airports, airlines, and ground handler tenants to increase efficiency in a safe environment,” Lavorel says.

But Africa is still lagging in the race to digitise. SITA says   African airports can affordably overcome critical airport worker and capacity shortfalls by rapidly adopting secure cloud-based solutions, across different levels of operations. Africa’s air transport market is still one year behind the international market but it is projected that without digital solutions, cash-starved airports on the continent could see more crowded lounges and slower flight dispatch as travel recovers.

African airlines registered a 91.8 percent increase in demand for air travel during March 2022, relative to the corresponding period for 2021, according to the International Air Transport Association IATA. The gains are expected to hold as more countries remove or relax Covid-19 travel mandates, spurring both intra-African and international travel for the region’s airlines.

“As the recovery of Africa’s air transport market currently lags many bigger markets by a year, there is a golden opportunity for cash-strapped airports, including smaller provincial and regional facilities, to take pre-emptive steps and future-proof their operations to ensure they do not become transport and economic choke-points as they ramp-up.  They can achieve this by digitalising their various passenger processing systems,” said Hani El Assaad, SITA’s president for Africa and the Middle East.

Operational areas for digitization include health status verification, check-in and boarding. While tech-infrastructure costs and support requirements have been a barrier to digitalization for many African airports, SITA says scalable cloud-based IT solutions have recently become more affordable.

“In Africa, so much economic activity depends on airports having sufficient capacity to facilitate efficient, reliable, secure, and safe air transport services. With so many skilled and experienced people having left the industry during the pandemic, the clock is ticking for airports to ensure they are ready and able to meet the ever-increasing volumes of travellers, their luggage and cargo shipments.  The solution is for all airports from mega-hubs to small municipal and regional facilities, to digitalise and automate time-costly processes like passenger processing and baggage handling,” El Assaad added.