January 7, 2018—Business sentiment in Uganda remains good despite rising input prices with the December Stanbic Bank Purchase Manager’s Index (PMI) rising to 56.6 from 55.7 in November and well above the 50.0 threshold. 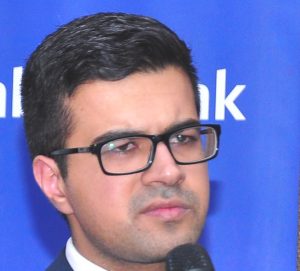 Qureishi said the higher production costs have been passed onto consumers amidst a sustained demand.

Jibran Qureishi, Stanbic Regional Economist for East Africa based in Nairobi said last week: “It is indeed a strong finish to 2018 for the private sector. Despite rising costs, firms have easily been able to pass this on to consumers.”

The latest PMI reading is higher than the series average of 53.2 for 2018. Qureishi said this suggests that underlying demand has significantly improved and perhaps also justifies the Bank of Uganda’s most recent Monetary Policy Committee decision to maintain a hawkish bias in light of these risks that could feed through into core inflation. In early December, the BoU decided to keep the CBR at 10 pc.

According to the survey findings, crucial to the latest improvement in the health of the private sector was a rise in new business, which companies linked in turn to stronger client demand and higher customer numbers. This in turn led firms in Uganda to raise their business activity accordingly.

In order to support this expansion, companies increased their staffing levels, purchasing activity and inventories during the month. Four of the five broad sectors covered by the survey saw employment rise, the exception being construction.

As has been the case throughout the 31-month survey so far, output prices increased during December. Respondents indicated that they had looked to pass on higher input costs to their customers, with an improving demand environment helping in this process.

Stanbic Bank Uganda is a member of the Standard Bank Group, Africa’s largest bank by assets. Standard Bank Group reported total assets of about $165 billion) at December 31, 2017, while its market capitalization was about $28 billion.

The survey, sponsored by Stanbic Bank Uganda and produced by IHS Markit, has been conducted since June 2016 and covers the agriculture, industry, construction, wholesale & retail and services sectors. The headline figure derived from the survey is the PMI which provides an early indication of operating conditions in Uganda.