September 6— Uganda’s private sector registered increases in both output and new orders for the seventh consecutive month during August. 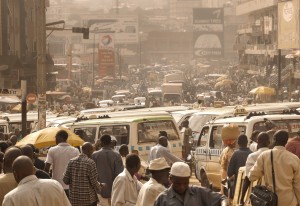 Panelists commented on greater purchasing power and further improvements in demand that were complemented by promotional activities.

The Stanbic Bank Purchasing Managers’ Index (PMI) is based on data compiled from monthly replies to questionnaires sent to purchasing executives in approximately 400 private sector companies. It was officially launched in  April 2017, but data was being collected in the preceding 12 months.

The Stanbic Bank PMI went up to 54.3 from 54.1 during the past month. Although not too much above the tipping point of 50.0, the latest PMI reflects a gradual recovery from the pessimism that prevailed during much of 2016.

As snapshot of what is happening in Uganda’s private sector, the Stanbic Bank PMI is quickly attracting attention as a vital addition to the country’s range of economic indicators.

The companies interviewed for the monthly index have been carefully selected to accurately represent the true structure of the Ugandan economy, including agriculture, industry, construction, services and wholesale & retail.

The panel is stratified by GDP and company workforce size. Survey responses reflect the change, if any, in the current month compared to the previous month based on data collected mid-month. Last month, panelists commented on greater customer purchasing power, and further improvements in demand that were complemented by promotional activities.

For each of the indicators the PMI report shows the percentage reporting each response, the net difference between the number of higher/better responses and lower/worse responses, and the summary unadjusted and seasonally adjusted values. The unadjusted summary value is calculated as the sum of the positive responses plus a half of those responding ‘the same’.

The ongoing upturn in new orders prompted firms to engage in input buying. As a result, input stocks accumulated for the fifteenth month in succession. Firms raised inventories due to forecasts of further improvements in market demand, according to anecdotal evidence.

There was a rise in business activity during August. More than 36% of survey panelists reported a rise in output, compared to 24% registering a decline. Where an increase was registered, firms widely linked this to stronger underlying demand and a rise in costumer purchasing power. Output rose across all five monitored sub-sectors.

Ugandan private sector firms continued to work through their outstanding business during August. Roughly 40% of firms saw a fall in backlogs, compared to 15% that posted a rise in work-in-hand. A lack of pressure on operating capacity was observed across the agriculture, industry, construction, services and wholesale & retail sectors.

As has been the case since the inception of the survey in June 2016, average delivery times shortened during August. Roughly 19% of panelists reported faster delivery times, compared to less than 8% highlighting slower lead times As has been the case throughout the short survey so far, firms increased their payroll numbers during August. Some companies took on extra staff to cope with higher workloads and stronger demand. A rise in staffing levels was indicated in the agriculture, construction, industry, services and wholesale & retail sectors.

Output charges rose during August. Almost 11% of panelists registered higher average selling prices, compared to 6% that decreased output prices. Where an increase was registered, firms commented on the pass through of higher cost burdens to clients. Construction was the only sector to buck the overall upward trend.

There was a further rise in input costs across Uganda’s private sector. Around 34% of panelists reported a rise in overall input prices, compared to less than 11% indicating a decline. A combination of higher purchasing prices, staff costs and other operational costs such as utility bills contributed to an increase in input prices, according to underlying data. Cost inflation was registered across all five categories of economic activity.

With some food items and fuel prices reportedly up since July, average purchasing costs rose during August. Nearly one-third of panelists reported a rise in purchasing costs, compared to only 9% that reported a fall. Mirroring the trend for overall input costs, purchase prices rose across all five sub-sectors covered by the survey.