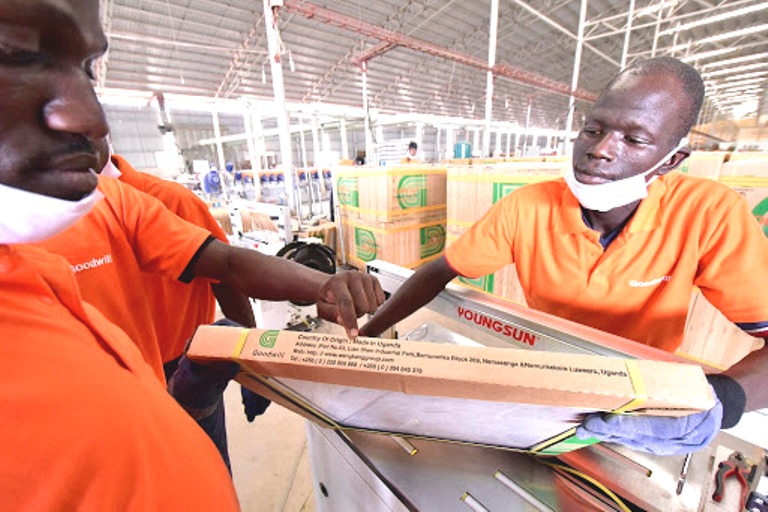 The lockdown has meant supply chain disruptions to manufacturing and trade activities in Uganda and many factories have cut output.

Uganda’s GDP growth projection for financial year 2019/20 has been revised downwards to 3.9 percent from […]

Uganda’s GDP growth projection for financial year 2019/20 has been revised downwards to 3.9 percent from a pre-pandemic 6 percent, on account of supply chain disruptions to manufacturing and trade activities, while travel restrictions will dampen key service sectors such as tourism and hotels.

According to the finance ministry latest report on the economy, tax revenues amounted to UGX 1,295.55 billion or 85.6% pc of the target for the month while non-tax revenues performed at 59.3 pc against the monthly target. The performance of revenues during the month was affected by the global domestic responses – including transport and trade restrictions following the outbreak of coronavirus pandemic.

International trade taxes were affected by a reduction in the volume of imports due to the global supply chain disruptions. Trade tax collections amounted to a shortfall of UGX 91.40 billion or 14.4 pc below the target for the month. Similarly, restrictions imposed within the domestic economy to curb the spread of the virus had a negative impact on domestic taxes.

Direct domestic taxes registered a shortfall of UGX 87.12 billion or 17.2 pc against the target, as corporate taxes, PAYE, and withholding tax, all under-performed.

Similarly, indirect domestic taxes registered a shortfall of UGX 44.33 billion or 11.2 pc against the target owing to reduced sales and a general decline in demand during the month. Excise duty on the major consumables (for instance beer, soft drinks, spirits, and cement) was lower than earlier projected, while lower consumption affected Value Added Tax (VAT) collections.

As for expenditure, the government spent UGX 1,603.11 billion in March, resulting into a 78.5% pc performance rate against planned levels for the month. This under-performance is attributed to lower than expected execution (45.8 pc) of development spending for the month. This performance is explained by two main factors; firstly, a portion of spending on domestically financed projects initially planned for March was front-loaded and undertaken earlier during January and February. Secondly, the global and domestic restrictions on movements affected execution of a number of externally financed development projects.