Home » Opinion » Columnists » Reinventing the wheel will not save Ugandan agriculture

Reinventing the wheel will not save Ugandan agriculture 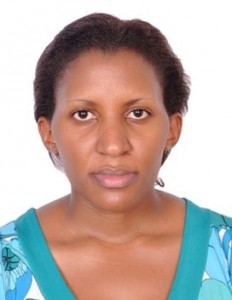 Despite her abundant agricultural resources Uganda has been struggling to make the sector work for the 80 percent of the population it employs and the economy in general. Amidst a now established pattern of passing the buck by key actors, the opportunity offered by the ability to produce three crops a year and the country’s strategic location in the region goes by barely exploited.
According to the Uganda Economy Profile 2014 edition, agriculture contributed 23.1% of the $54.37billion that Uganda generated in GDP during the 2013 financial year. Logic would assume that if agriculture employs the majority of the population then it offers the best shot at improving household incomes and general welfare for the majority of the population. Complemented with agro-processing, the sector could be the springboard for Uganda’s industrialisation. Such organic growth would mean that while there would be a corresponding increase in the industrial sector’s share of the economy, agriculture will be a more rewarding and sustainable occupation that also generates more off-farm jobs.
But this can only happen when there is a good level of aggregation and organised value chains that incentivise farmers to be dependable, capital driven players in the value chain.
Take the example of fruit processing. Often, promoters of Uganda as an investment destination point to the abundant supply of mangoes, tomatoes and oranges as evidence that processing is the only missing part of the jigsaw. Yet the reality on the ground is such that an investor in fruit processing would need a lead time of anywhere between 2 and 5 years to get enough farmers to adopt the appropriate varieties and embrace the agronomical practices that will ensure constant supply of the commodity.
The problem with Ugandan agriculture right now is that production is too general, targeted at markets that are not well defined and in which producers are often cheated.
Although the government has on various occasions expressed laudable intentions such as diversification of the sector and tried several interventions aimed at removing the different bottlenecks, these have been rushed, unnecessarily complex and detached from reality. What is required is to revive producer’s faith in agriculture through establishment of fair and transparent market structures as seen in the coffee trade in Bugisu. Functional farmers’ organisations can be effective vehicles for knowledge transfer and input delivery.
Given the current levels of tele-penetration and the emerging trend towards affordable data capable handsets, ICT’s can offer last mile solutions for sharing information within the sector. Recently the Dutch embassy launched a euro$ 4.5m project to help farmers get timely and reliable information through satellite data. ICT’s will not only help with information but will also help farmers to quickly connect with buyers and potential partners. This can be transformational especially for farmers dealing in fresh products. On a small scale, I recently came across a social network platform called Rabbit Forum. With just a click on one’s phone, you are able to connect with other rabbit farmers and share improved methods of rabbit rearing, and get to know where the market is. This might seem small for now but represents a potential that can help local rabbit producers tap into the global rabbit value chain.
A key challenge to delivery of agricultural extension services has been the hybrid system adopted by the government – where the public service soaks up scarce resources through dysfunctional initiatives like the National Agricultural Advisory Services NAADS- while an unregulated private sector is left to provide substandard such as seeds and pesticides. Again, farmer organisations working with focal points in the public sector can bring the required level of efficiency and accountability that is presently lacking.
There is really no need to reinvent the wheel. The solutions to the problems holding back the potential of our agriculture sector lie somewhere in our collective memory. But they remain unattractive because they represent a power that is inimical to a political system that is averse to an empowered population and an elite that has historically sponged off the toil of the underprivileged.