September 24, 2019 in Companies, Transport by Editor 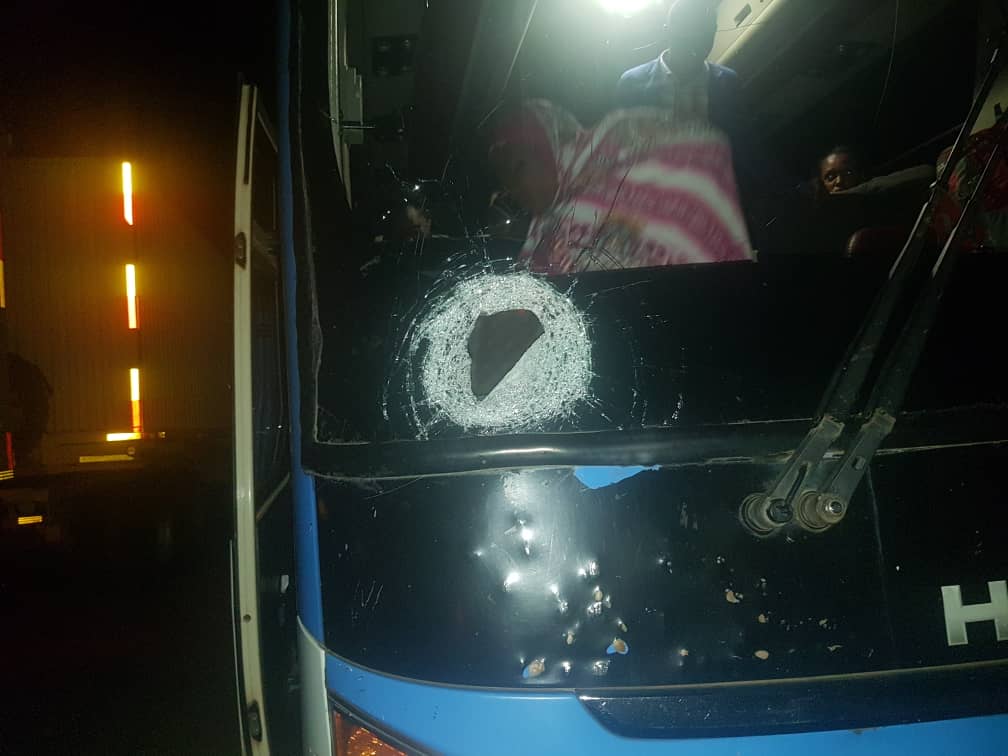 A bus plying the Kigali-Kampala route came under attack this morning,injuring one crew member. The bus […]

A bus plying the Kigali-Kampala route came under attack this morning,injuring one crew member.

The bus operated by Volcano Express was hit with a huge stone between Kabale and Rwentoobo in western Uganda at about 1 am today, shattering the co-drivers side of the windshield. The conductor who took a direct hit from the projectile suffered severe head injuries but no passengers were hurt in the incident.

The driver who maintained control of the vehicle drove to Mbarara where the injured conductor received medical attention before he was transferred to Kigali for further management. The incident marks a return of rudimentary attacks on public transport in the area that security agencies had managed to stop about seventeen years ago.