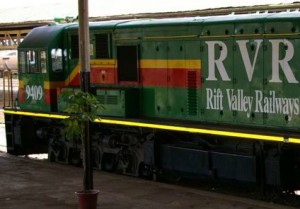 Partner States have been advised to continue with rehabilitation of the existing railway networks to complement the new ones.

March 13—There has been a suggestion that the East African Community (EAC) should set up an infrastructure fund, but specifics on where the money will come from are not mentioned. New infrastructure remains an EAC priority to increase regional competitiveness and attract foreign investment.

Besides the proposed fund, the East African Legislative Assembly (EALA) Committee on Communication, Trade and Investments recommends that Partner States should set aside annual budgets to sustainably fund the implementation of railway projects in the region.

But setting up this new funding facility is bound to run into difficulties, bearing in mind the Arusha-based EAC Secretariat continues to face complications convincing the five member countries to remit their annual contributions on time. This often means relying on foreign donors to provide financing, especially for the development budget.

Sitting in Kigali, the EALA has renewed its wish that EAC member state governments work closer together in sharing information relevant in cross-border infrastructure projects, like the Standard Gauge Railways (SGRs) being built by mostly Chinese contractors with Chinese government loans.

As provided for under Article 91 of the Treaty for the establishment of the EAC, the Partner States agreed to establish and maintain coordinated railway services that would efficiently connect the Partner states within the Community and, where necessary, to construct additional railway connections.

Regional legislators want the EAC to improve information sharing on the upgrade of the rail network especially that concerning the timelines by Partner States given that the construction is at different levels. Partner States are also advised to continue with rehabilitation of the existing railway networks to complement the new ones. This is a reference to the rail network run by Rift Valley Railways under a joint Kenya-Uganda concession.

China currently plays the most important external role in Africa’s infrastructure construction by being the largest bilateral lender through the Exim Bank. On an annual basis, China accounts for over 30% of total value of infrastructure projects in Africa.

Multilateral sources include the World Bank and the African Development Bank (AfDB) who may nevertheless turn out to be the first ports of call in getting the EAC infrastructure fund up and running. According to the World Bank about $93 billion is needed per year to fill the infrastructure gap in sub-Saharan Africa.

Five years ago, the AfDB set up Africa50 designed as an independent infrastructure fund that focuses on high-impact national and regional projects mostly in the energy and transport sectors. With separate project development and equity financing companies, Africa50 can provide support at every stage of the project cycle.

As provided for under Article 91 of the Treaty for the establishment of East African Community, the Partner States agreed to establish and maintain coodinated railway services that would efficiently connect the Partner states within the Community and, where necessary, to construct additional railway connections.