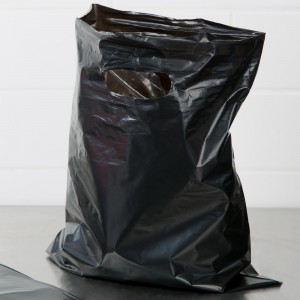 The proposed law will see the prohibition, manufacturing, sale and importation and use of  polythene materials in the East Africa.

March 3–A region wide law to limit production and use of polythene bags is going to be debated by the East African Legislative Assembly (EALA) in Kigali next week.

Rwanda was the first East African Community (EAC) member state to impose a total ban on plastic bags that has been enforced ever since 2002. Admirers cite this as a major reason why Kigali is one of the cleanest cities in Africa,

In the meantime, the rest of the environmentalist lobby across the region has been fighting a bruising battle, but last year Tanzania announced a ban effective January 1st, 2017. Exemptions were made for specific medical, construction and industrial uses.

EALA member, Patricia Hajabakiga (Rwanda), is pushing for the EAC Polythene Materials Control Bill, 2016. It aims at providing a legal framework for the preservation of a clean and healthy environment through the prohibition of manufacturing, sale, importation and use of polythene materials. The Bill was re-introduced during the EALA sitting held last August in Arusha, Tanzania.

Top on the list is the  light non-biodegradable plastic bags associated with retail outlets and markets. The rest of the EAC members have been flirting with bans and restrictions on polythene materials that do not stick, because implementation remains haphazard and often compromised by special interest groups.

Last year, Kenya suggested a levy on the bags as opposed to a total ban, due to the clout wielded by certain quarters in the manufacturing and industrial segments of the economy. They fear higher overhead costs in using alternatives and secondly Kenya happens to be the region’s biggest maker of polythene materials.

Uganda has banned plastic bags more than once, the latest coming two years ago. But public quarrels between government ministries over the merits of the ban and concerns of what negative effects this will have on industry has allowed these bags to remain in circulation.

The Fifth Meeting of the Fifth Session of the Third Assembly ends on Thursday, March 16th and President Paul Kagame is expected to address a Special Sitting on March 6th, 2017.

Also on the agenda for debate are reports from various Committees of the House, including that of the Communications, Trade and Investment Committee on the status of the Railway Infrastructure Development in the Partner States and another on the oversight activity on the One Network Area in the EAC.